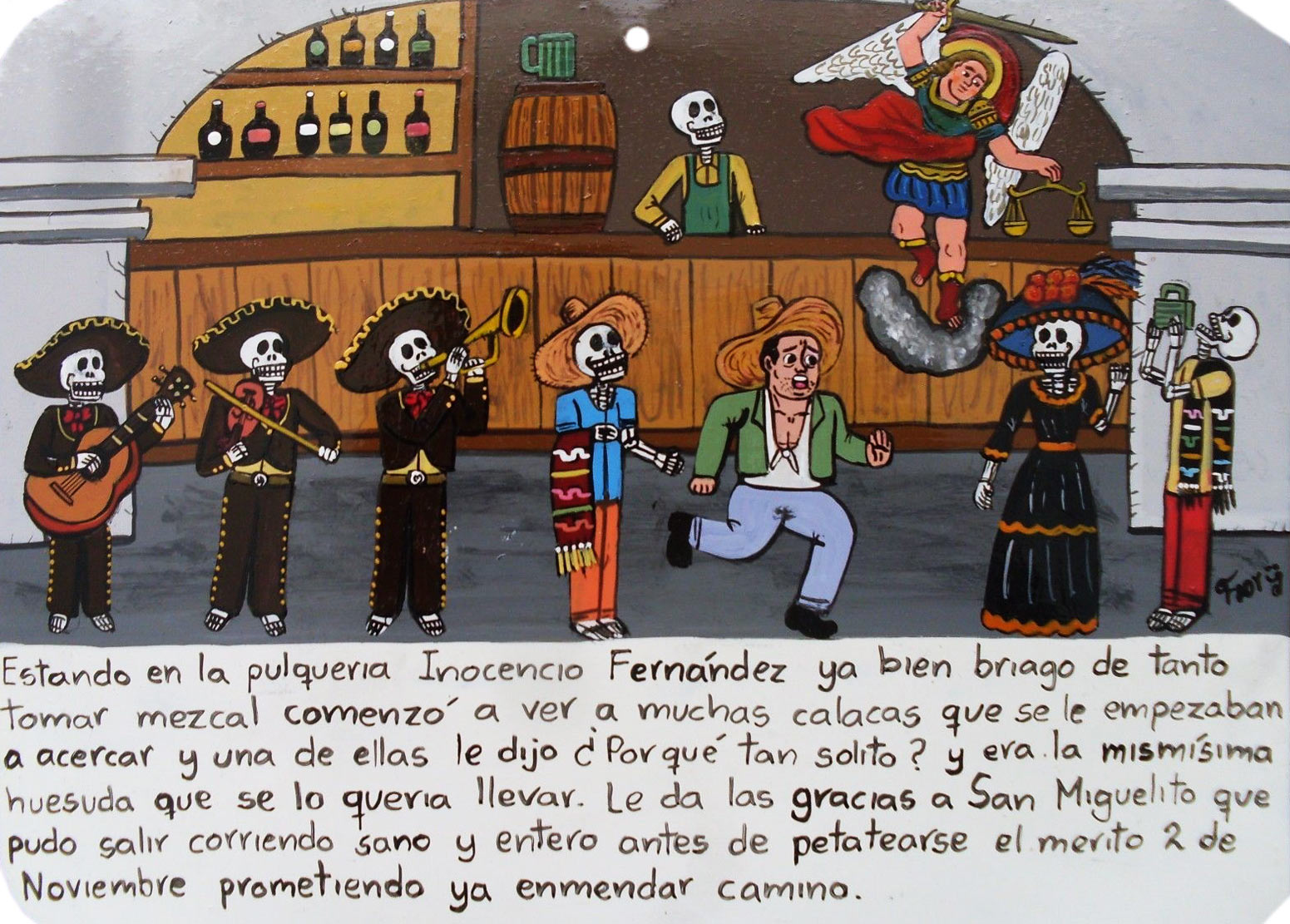 Inocencio Fernandez was in the bar, being well drunk after a lot of mescal. He began to see many skeletons around him. One of them asked him “Why you are alone?” It was the Death in person who tried to take him. He thanks Saint Michael for he could escape, running out of the bar, safe and sound before he died on that November 2. He promised to amend his ways.

— tagged with Saint Michael the Archangel and Day of the Dead and bar, death, drunkenness, skeletons