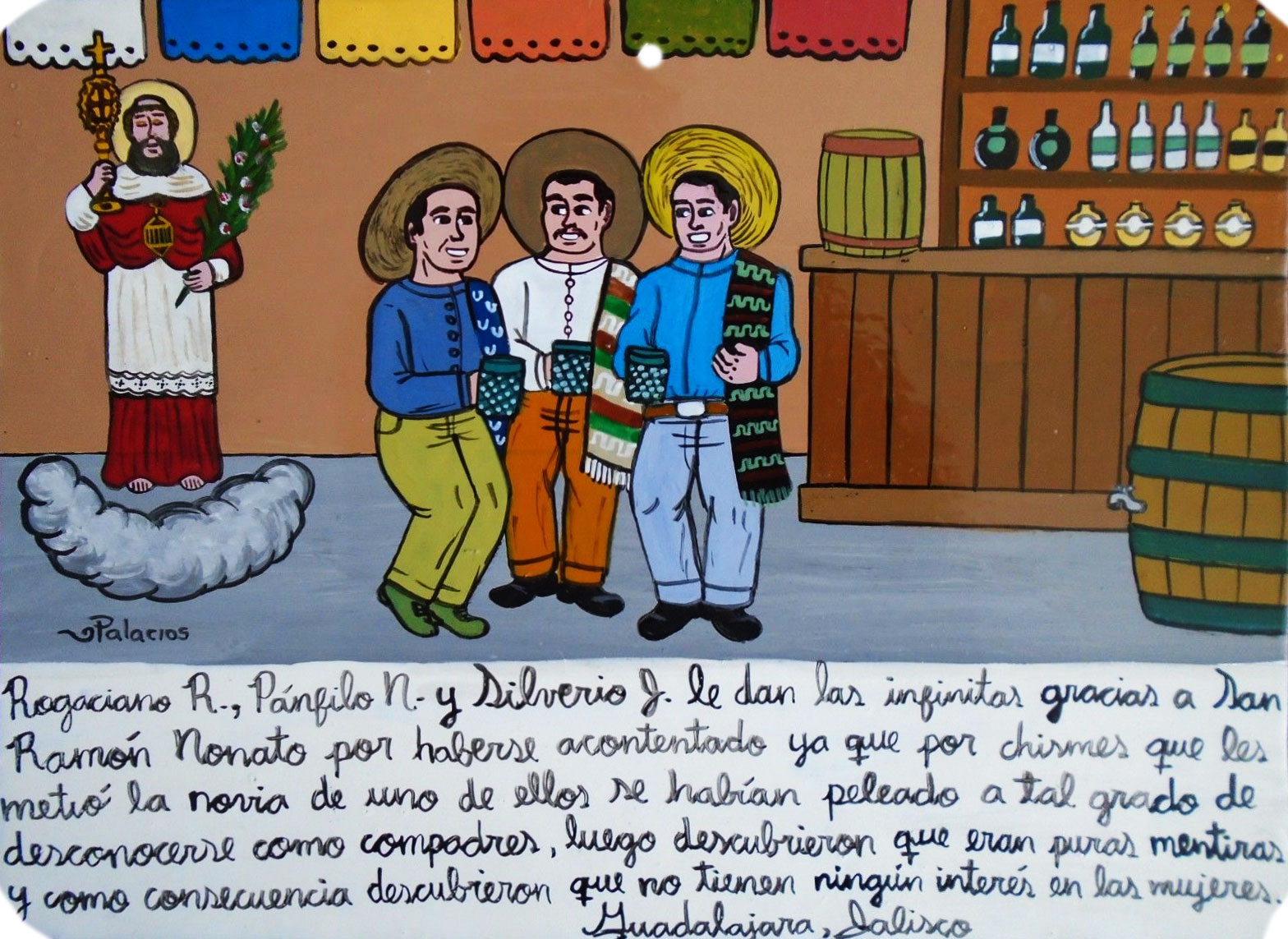 Rogaciano R., Panfilo N. and Silverio J. thank Saint Raymond Nonnatus for having finally made up. The girlfriend of one of them was spreading some rumors which led to a huge fight between them. They didn’t want to know each other. But then they found out it was only a lie. As a consequence, they realized they don’t have any interest in women anymore.