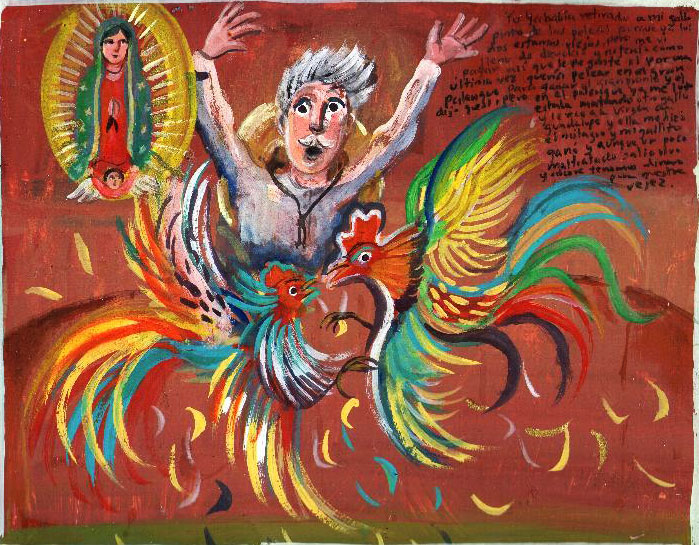 I stopped putting my rooster in fights because we both became old. But I suddenly found myself with a lot of debt and had no opportunities to pay them off. So I asked my rooster if he could fight for the last time during the big feast in Palenque and try to win the grand prize. The rooster agreed to do so. During the fight the enormous enemy-rooster tried to kill my rooster. I prayed the Virgin of Guadalupe. Thanks to her my rooster won. He got some wounds but he survived. We have payed the debts and there are enough money left for living the rest of our lives.