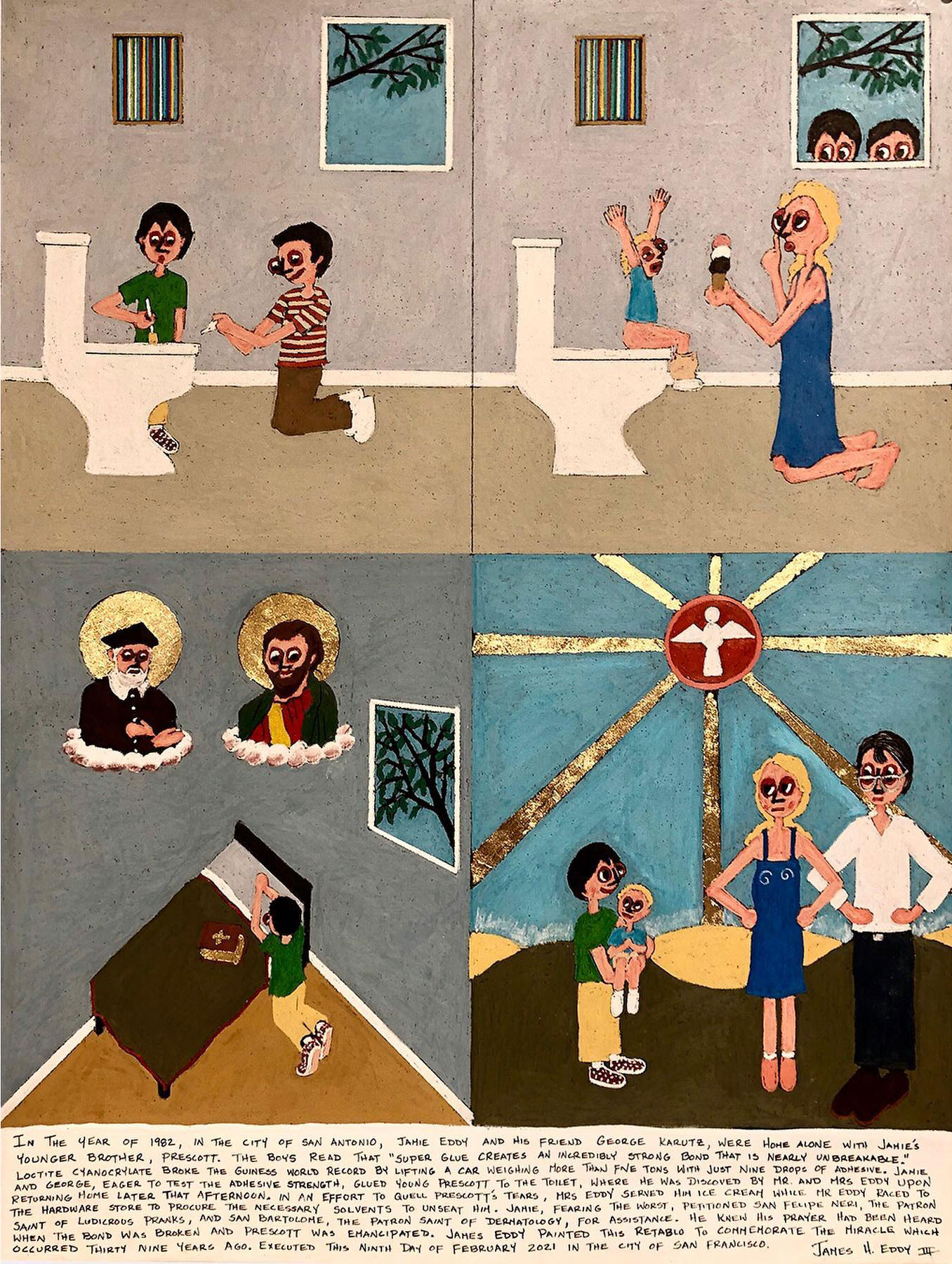 In the year of 1982, in the City of San Antonio, Jamie Eddy and his friend George Karutz, were home alone with Jamie’s younger brother, Prescott. The boys read that “Super Glue creates an incredibly strong adhesive bond that is nearly unbreakable”. Loctite cyanoacrylate broke the Guinness World Record by lifting a car weighing more than 5 tons with just 9 drops of adhesive. Jamie and George, eager to test the adhesive strength, glued young Prescott to the toilet, where he was discovered by Mr and Mrs Eddy upon returning home later that afternoon. In an effort to quell Prescott’s tears, Mrs Eddy served him ice cream while Mr Eddy raced to the hardware store to procure the necessary solvents to unseat him. Jamie, fearing the worst, petitioned San Felipe Neri, the patron saint of ludicrous pranks and Saint Bartholomew, the patron saint of dermatology, for assistance. He knew his prayer had been heard when the bond was broken and Prescott was emancipated. James Eddy painted this retablo to commemorate the miracle which occurred 39 years ago. Executed this ninth day of February 2021 in the City of San Francisco. 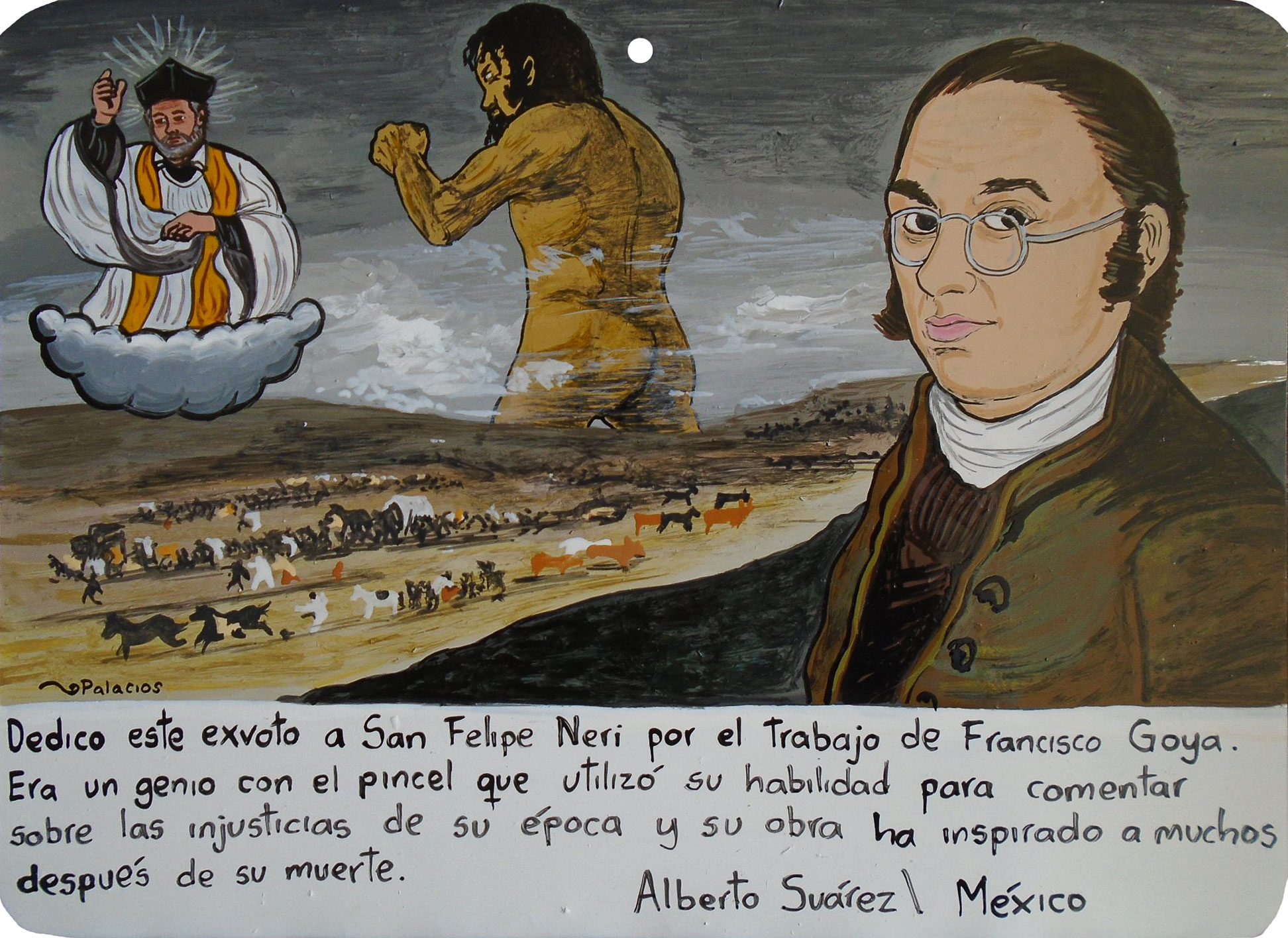 I dedicate this exvoto to Saint Philip Neri for the work of Francisco Goya. He was a genius who used his brash to comment on injustices of his times. His works have inspired many people after his death. 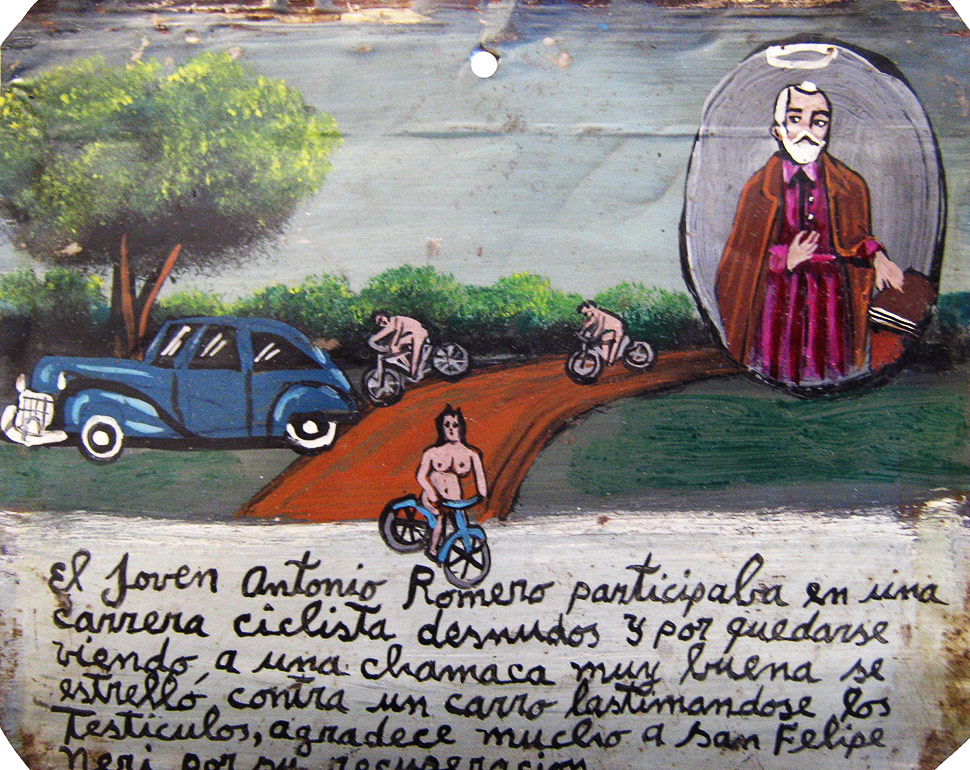 The young man Antonio Romero was participating in a nude bicycle race. He kept gazing at one very nice girl and crashed into a car. He hurt his balls. He thanks St. Philip Neri for the recovery.