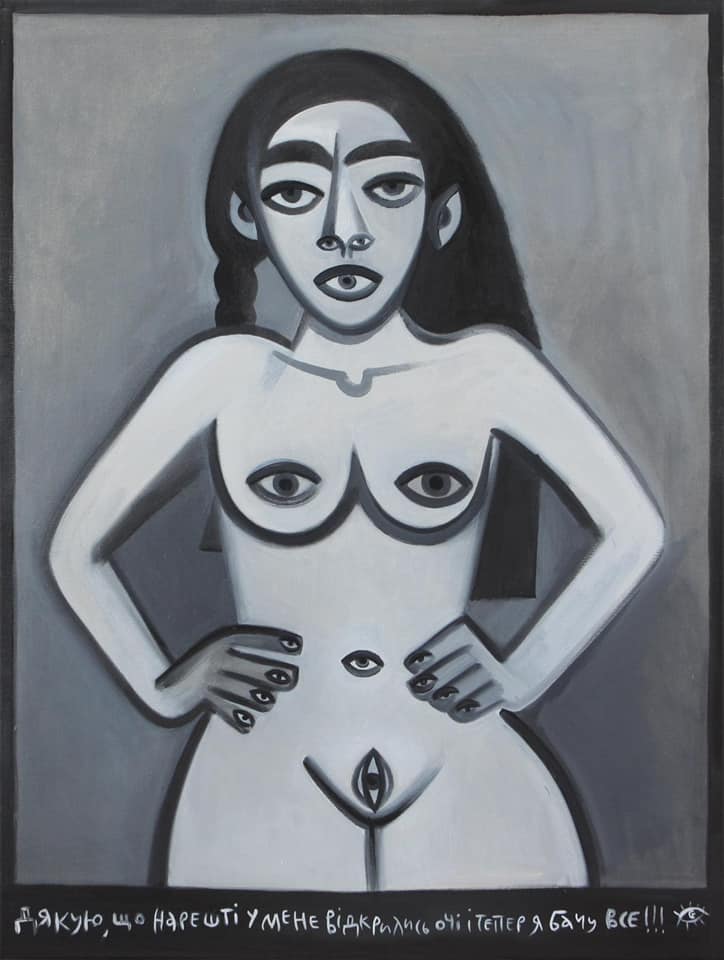 I thank because my eyes are finally open and now I see everything! 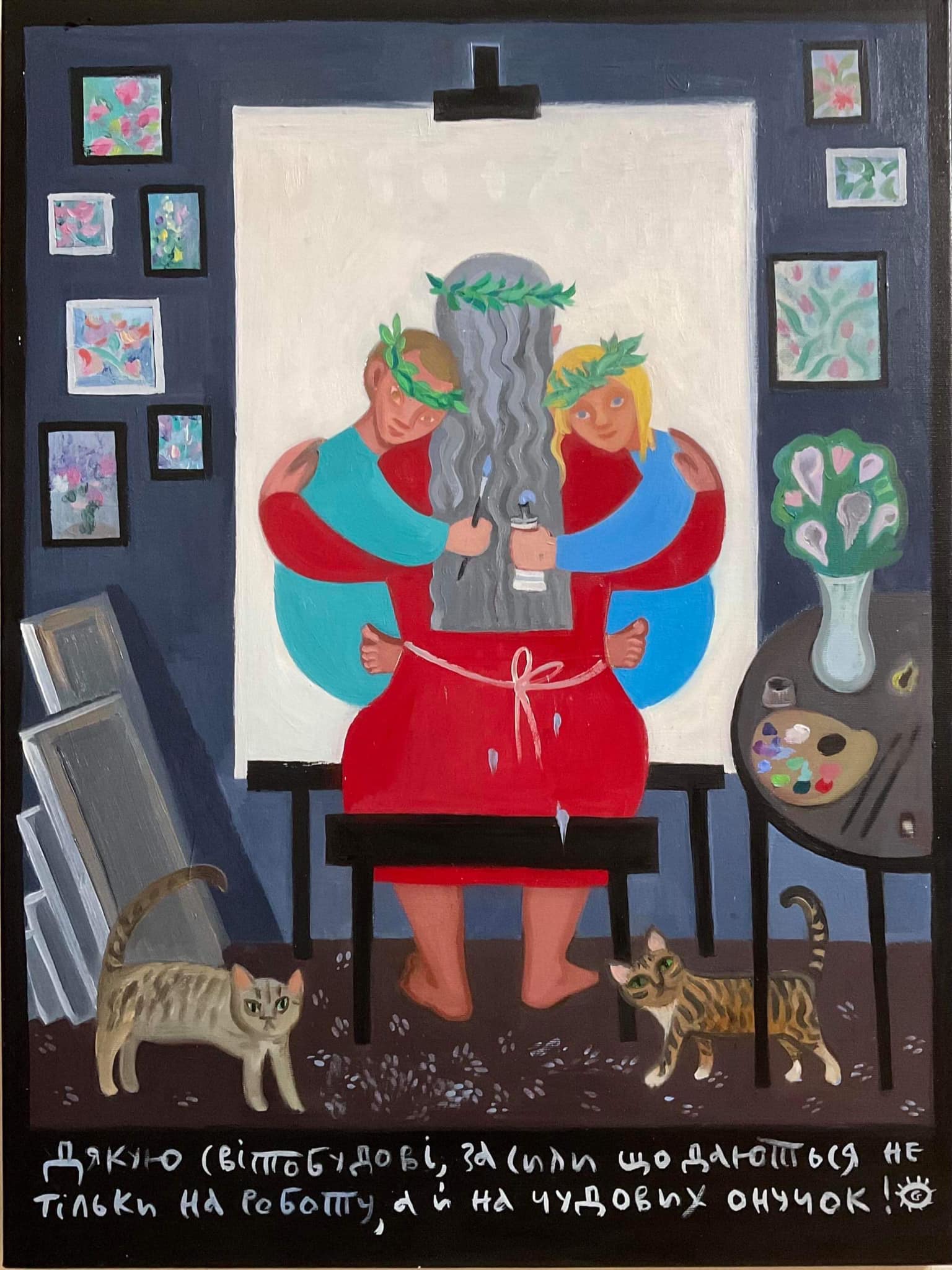 Thanks to the cosmos for the energy given not only for working but for my wonderful grand-daughters as well! 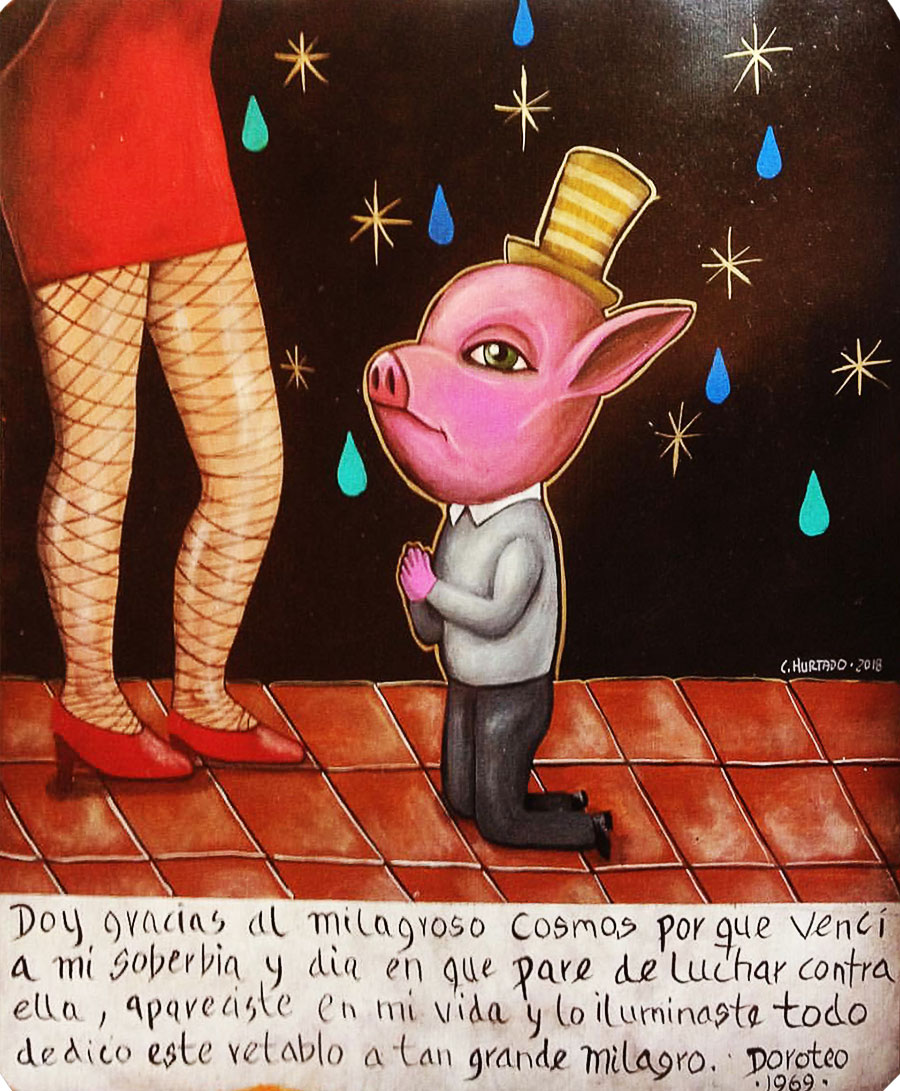 I thank the Miraculous Cosmos because I conquered my pride. The day I finished fighting against it, you appeared in my life and brightened everything up. I dedicate this retablo for such a great miracle.

Every night in my dreams I get wings and fly over my town. My problems go far away. I wake up happy because Lord gave me a new day. I breathe, I live. I paint. I love life. My Guardian Angel is always with me. I say “Thank you!” 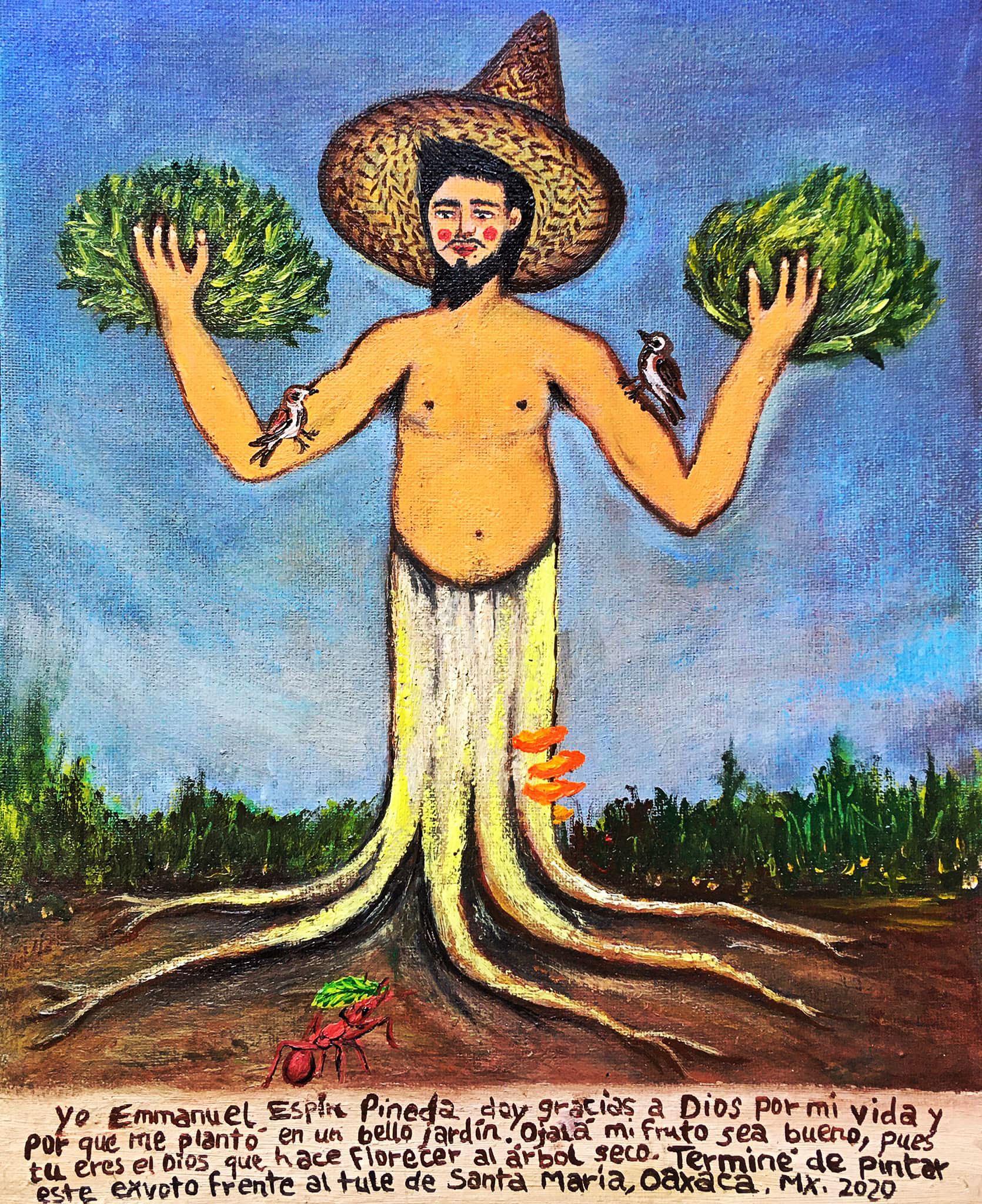 I, Emmanuel Espin PIneda, give thanks to God for my life and because I was planted in a beautiful garden. I hope my fruits would be good, because you are God who makes a dry tree flourish. I finished painting this exvoto in front of the Tree of Tule in Santa Maria, Oaxaca. Mexico, 2020. 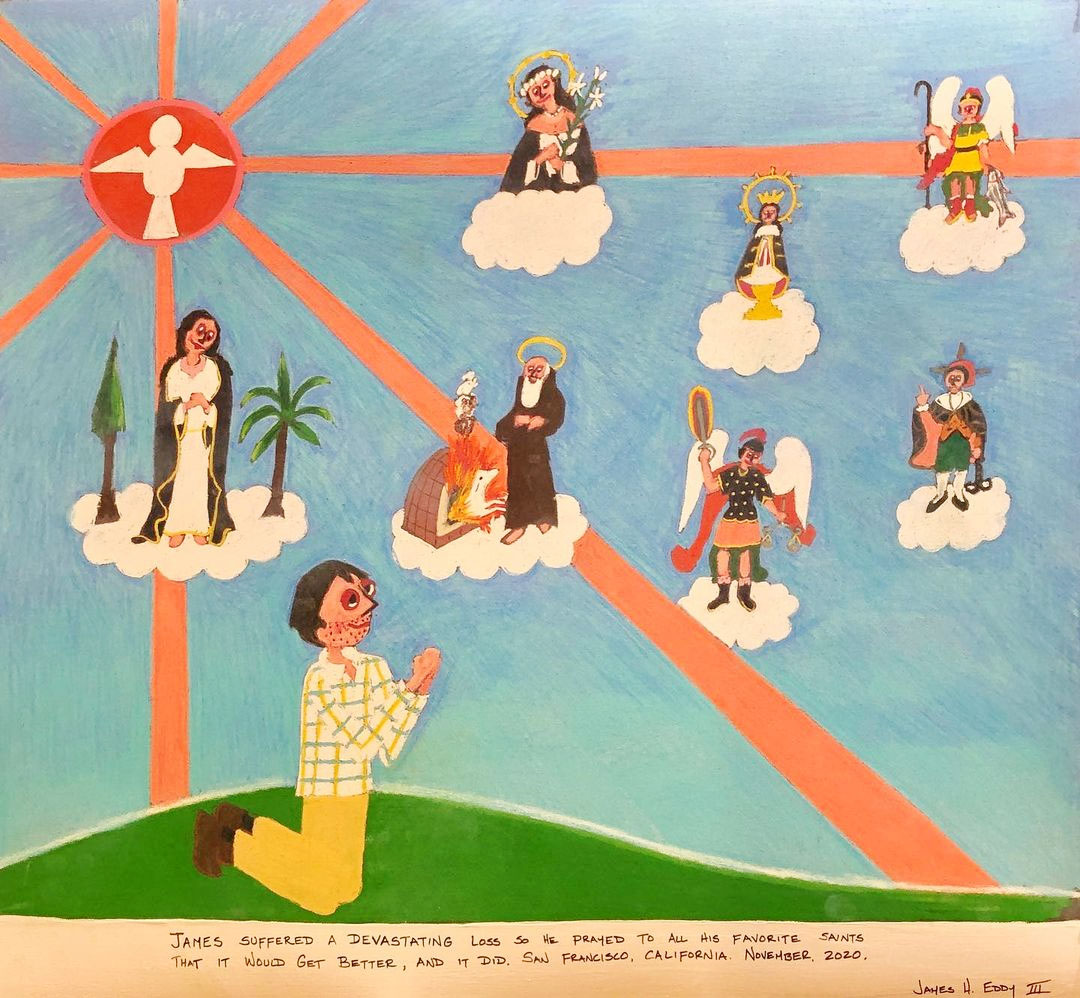 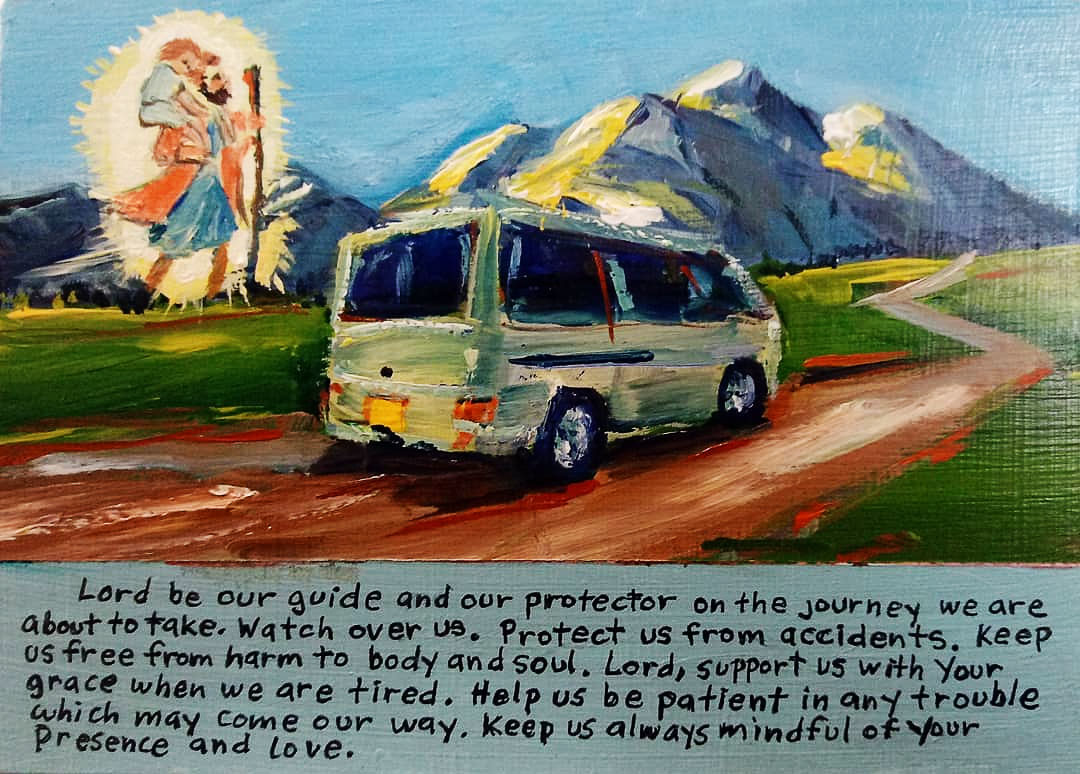 Lord be our guide and our protector on the journey we are about to take. Watch over is. Protect us from accidents. Keep us free from harm to body and soul. Lord, support us with Your grace when we are tired. Help us be patient in any troubles which may come our way. Keep us always mindful of your presence and love. 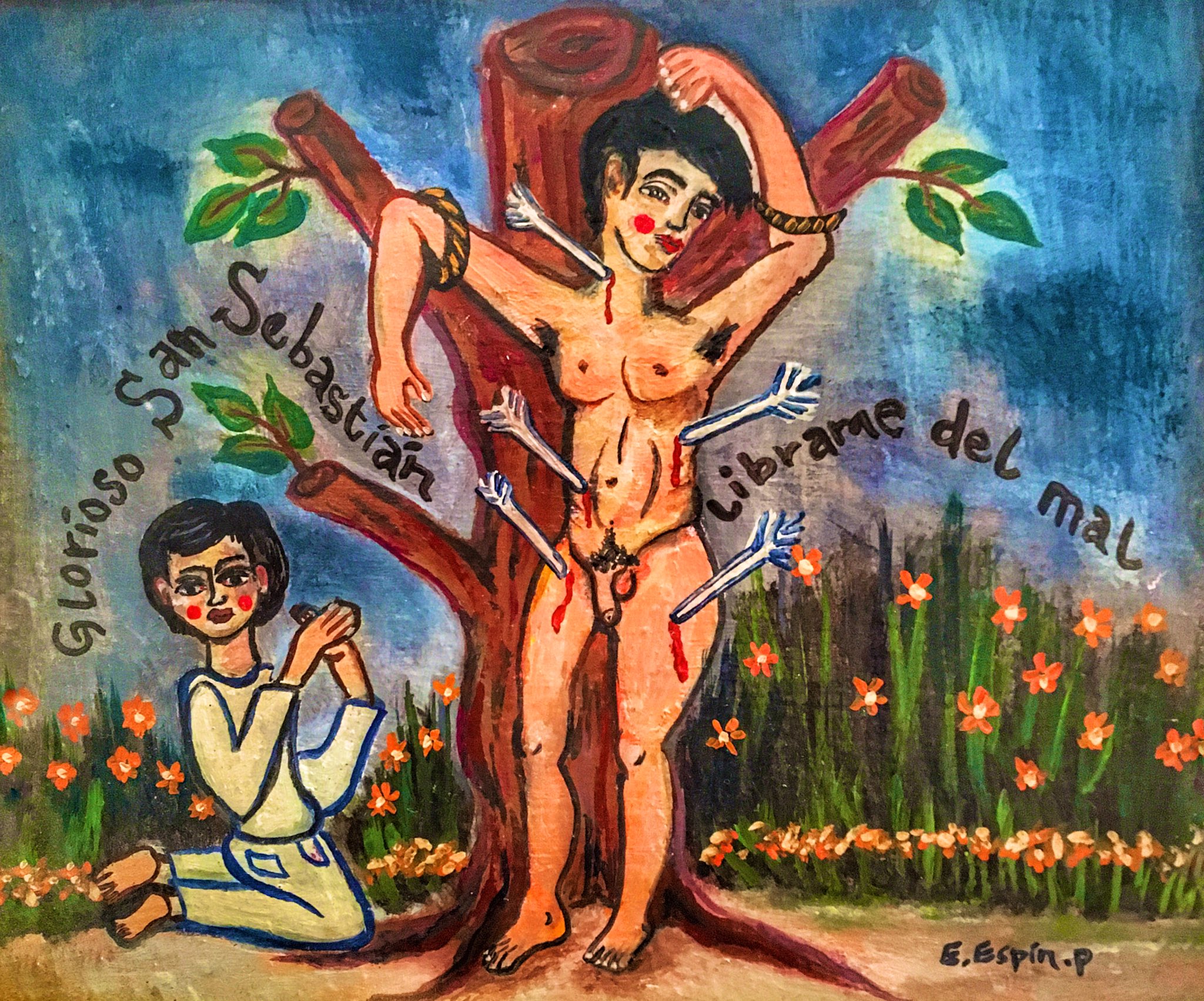 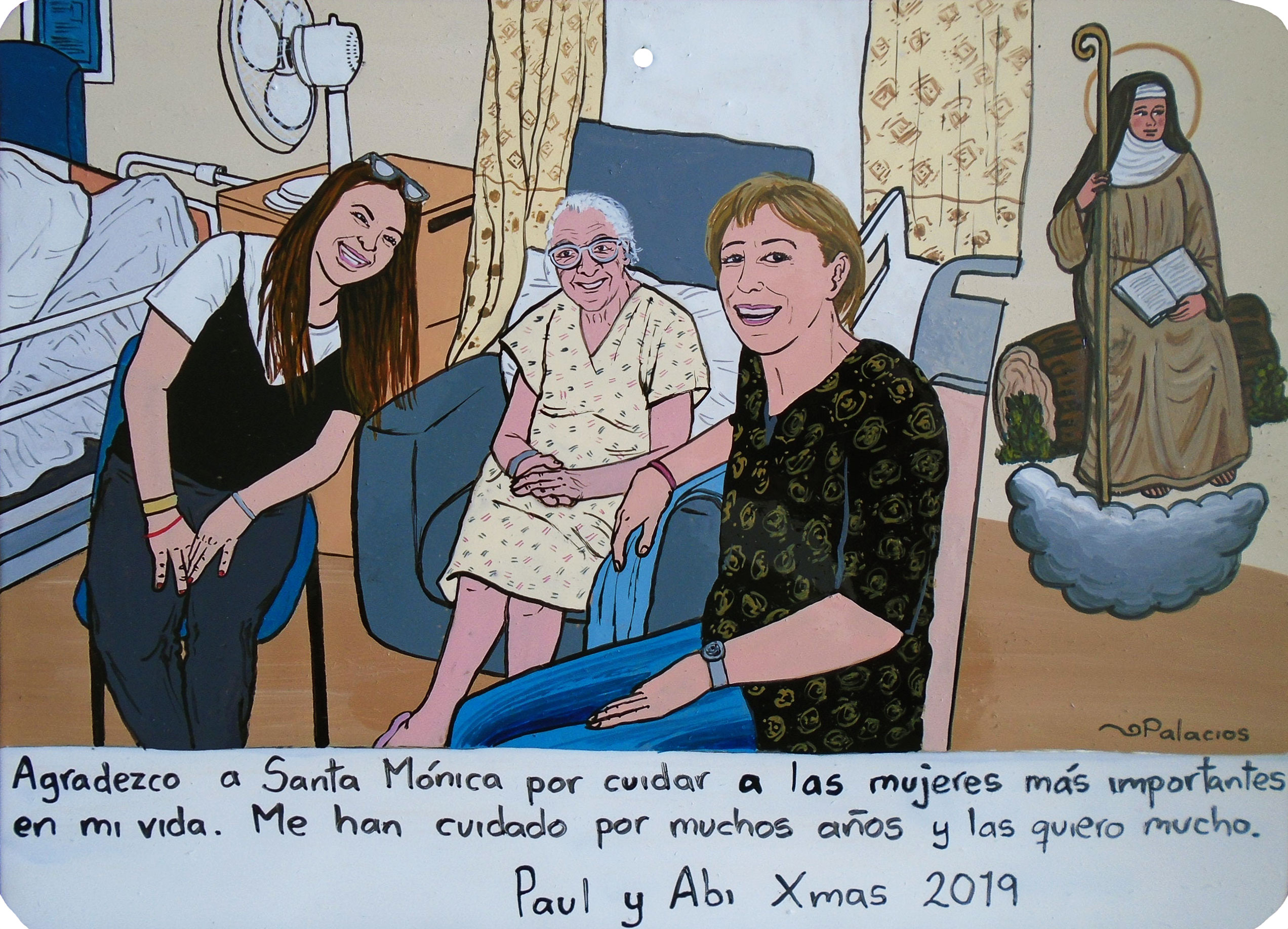 I thank Saint Monica for looking after the most important women in my life. They have taken care of me for many years, and I love them very much.

— tagged with Saint Monica and Christmas and ∞ — # 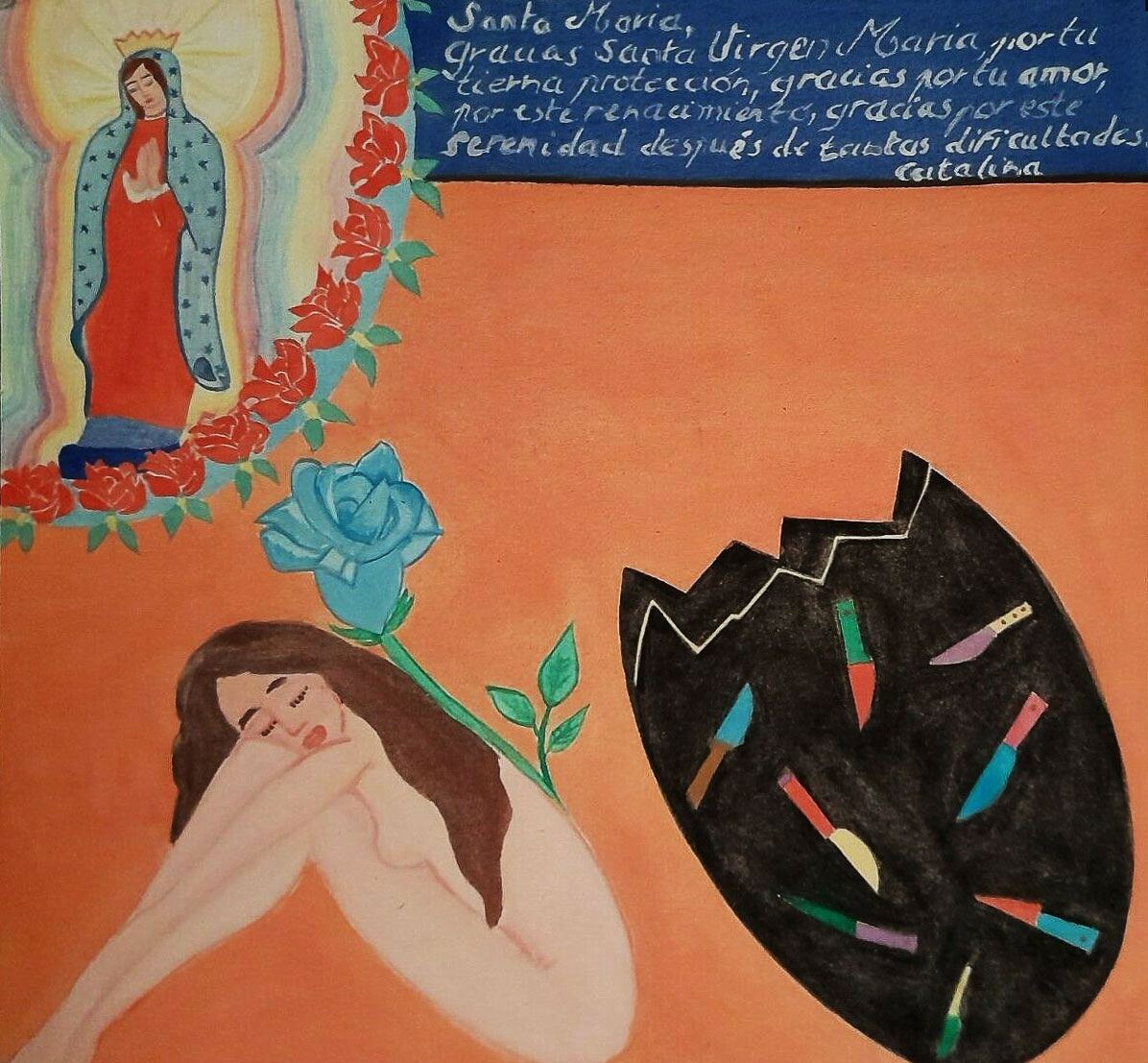 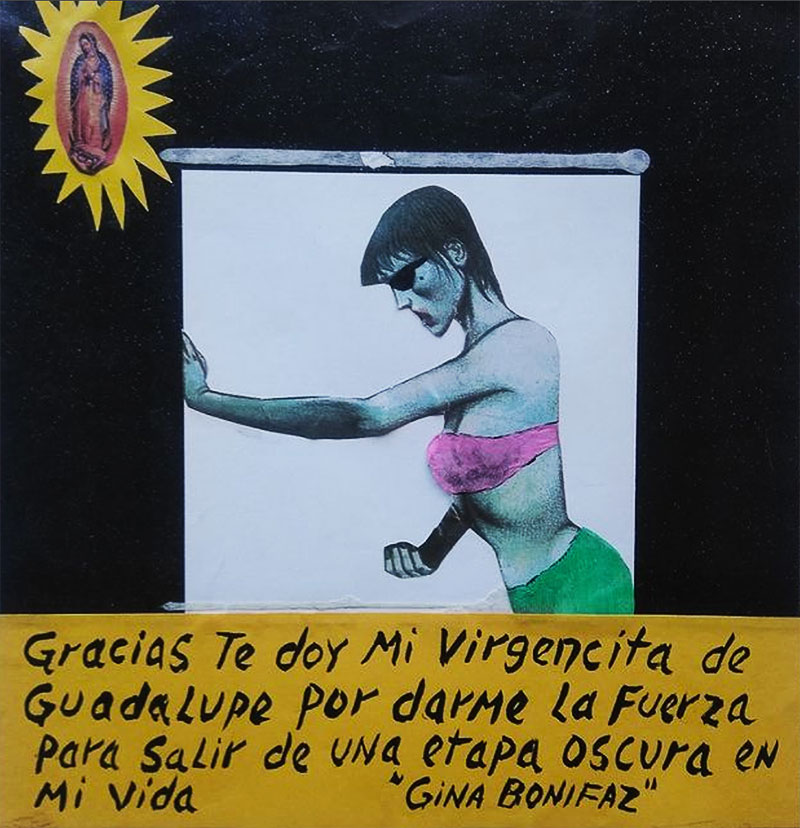 I thank you, my Virgin of Guadalupe, for giving me strength to get out from a dark period of my life. 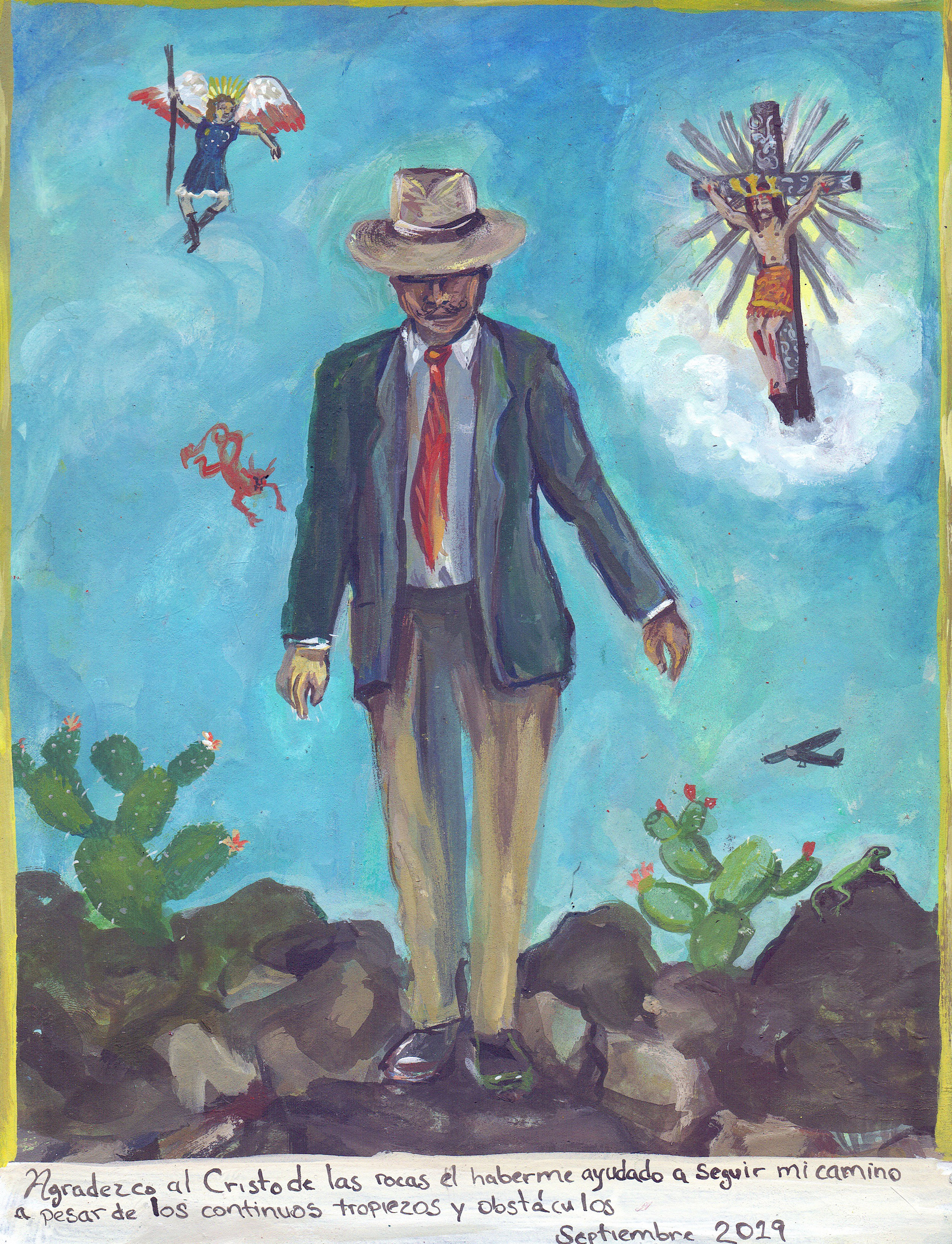 I thank the Christ of the Rocks for helping me to follow my path despite constant stumbles and obstacles. 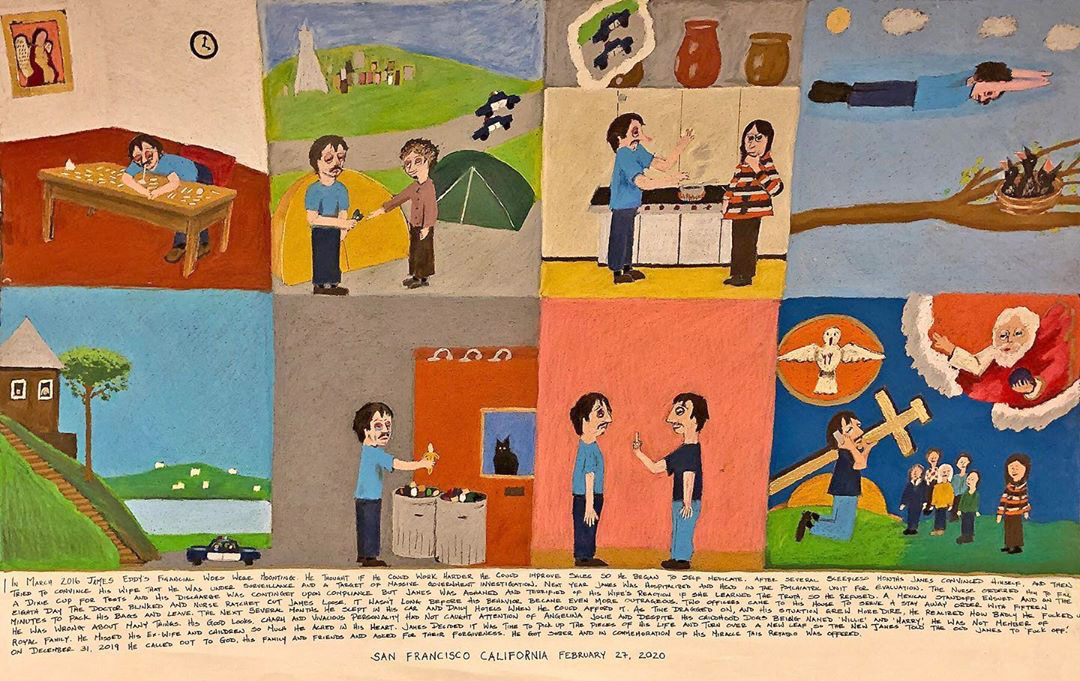