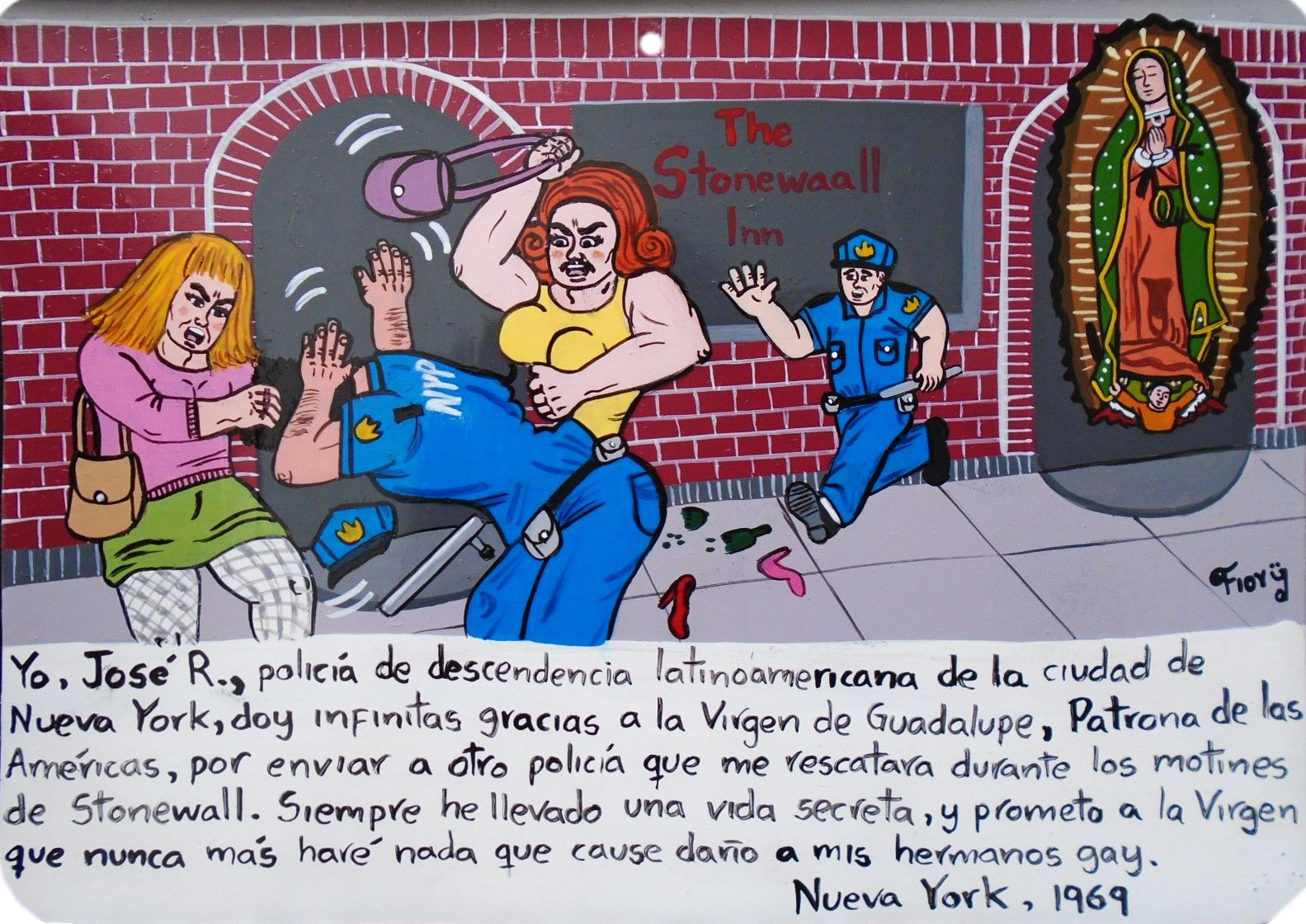 I, Jose R., a New York policeman of Latin America descent, give thanks to the Virgin of Guadalupe, Patroness of the Americas, for sending another police officer to help me out during the Stonewall riots. I have been always leading a secret life, and I promise I’ll never do anything to harm my gay brothers.

Notes:
Stonewall riots were a series of demonstrations by members of the gay community against a police raid at the “Stonewall Inn” gay bar. The riots are considered to be an important part of the gay liberation movement and the fight for LGBT rights. More in wikipedia. 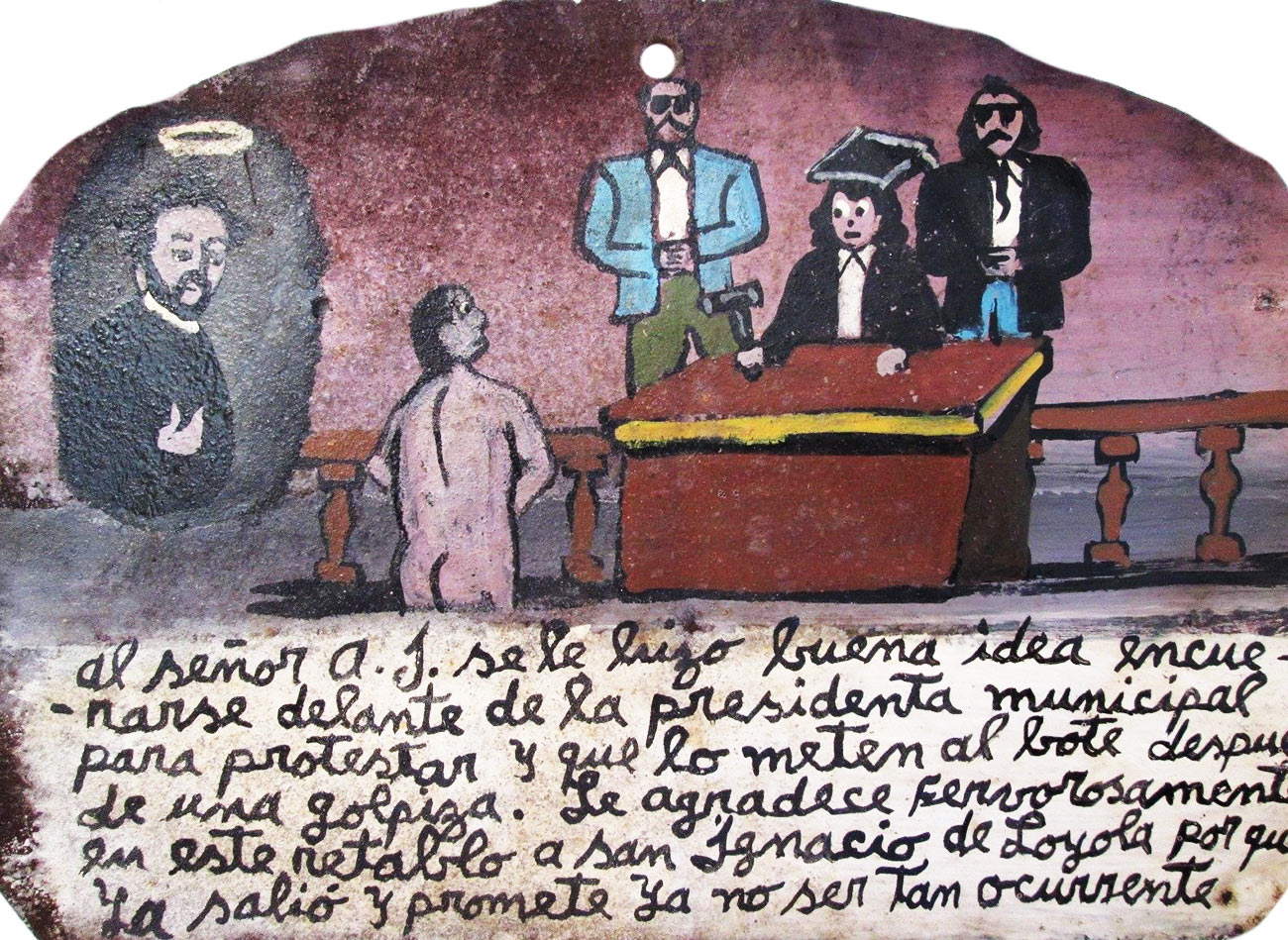 Señor A. J. got an idea to get naked in front of the municipal president to protest. He was beaten and thrown in jail. He thanks Saint Ignatius of Loyola with this retablo for getting out and promises not to be so witty. 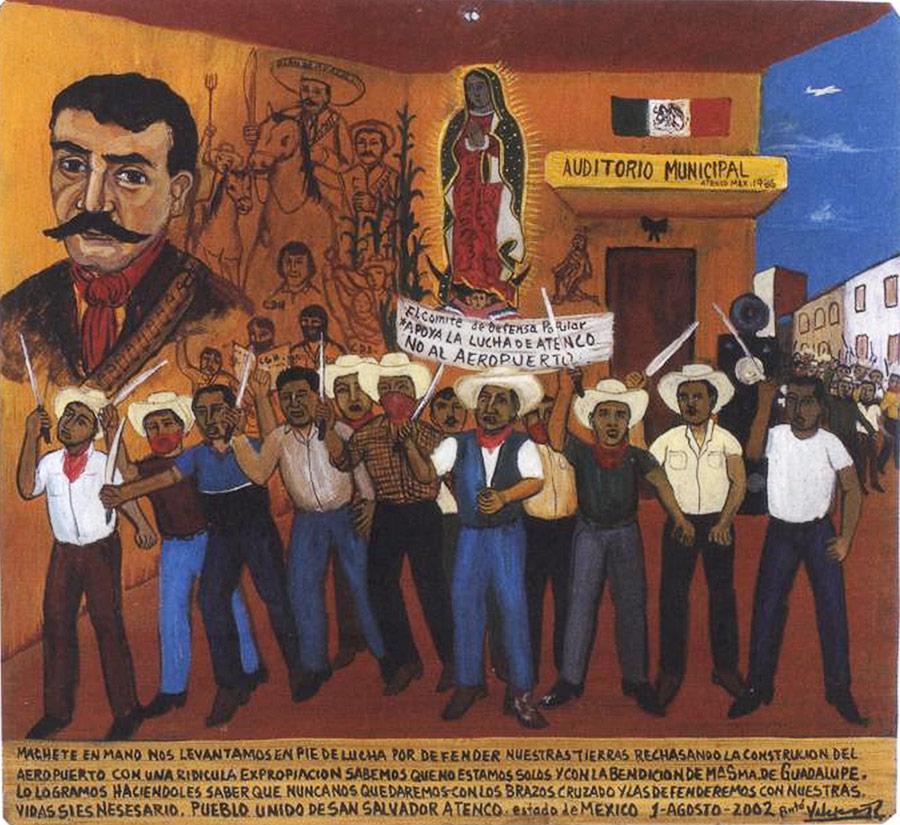 With machete in hands we rose up to fight for our land rejecting the construction of the airport and ridiculous expropriation. We knew we weren’t alone and with the blessing of the Virgin of Guadalupe we would achieve what we wanted. We showed them that we weren’t going to sit on our hands and we would defend our land with our lives if it would be necessary.

The people of San Salvador Atenco, state of Mexico
August 1, 2002

In 2002, there were protests in San Salvador Atenco. The violent mass protests against federal and local government were caused by the planned construction of a new international airport for Mexico City. The construction of the airport was cancelled. 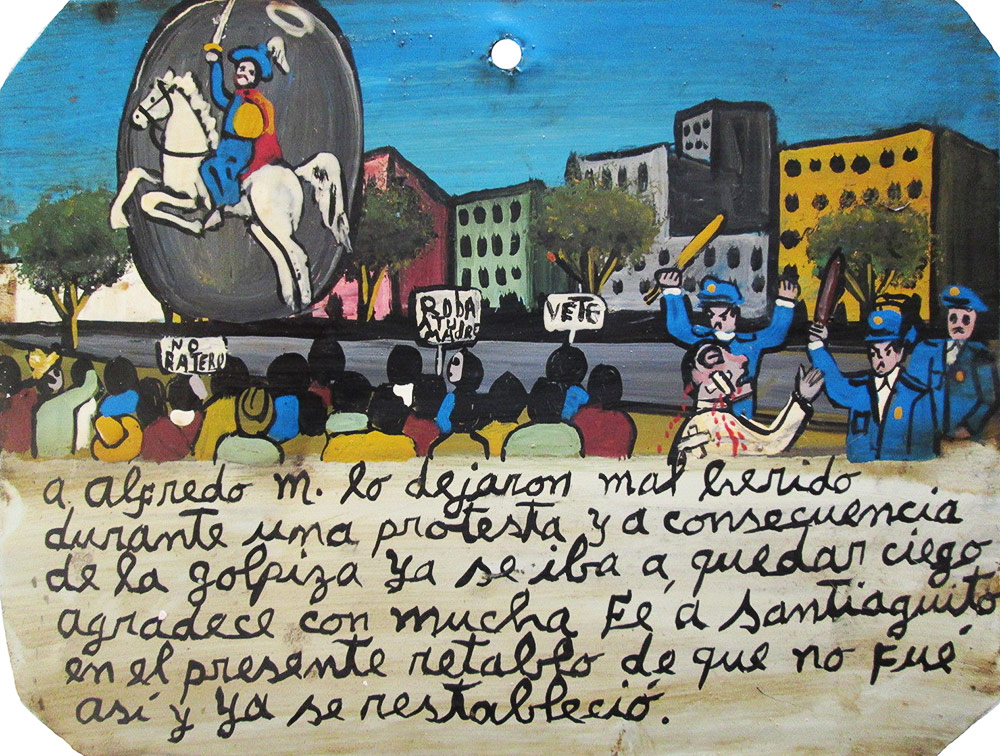 Alfredo M. was badly beaten during a protest. He was severely injured and had a risk of becoming blind. He thanks Saint James with this retablo because it didn’t happened and he’s got recovered.