I, Juan Gomez, pay with this retablo giving infinite thanks for not dying drowning in Rio Bravo when I tried to cross it to the United States to get my American dream. I couldn’t do it because of this racist Donald Trump, but I had a dream in which I saw a skeleton pulling Trump to the hell for being such a pig. Viva Mexico, bastards! 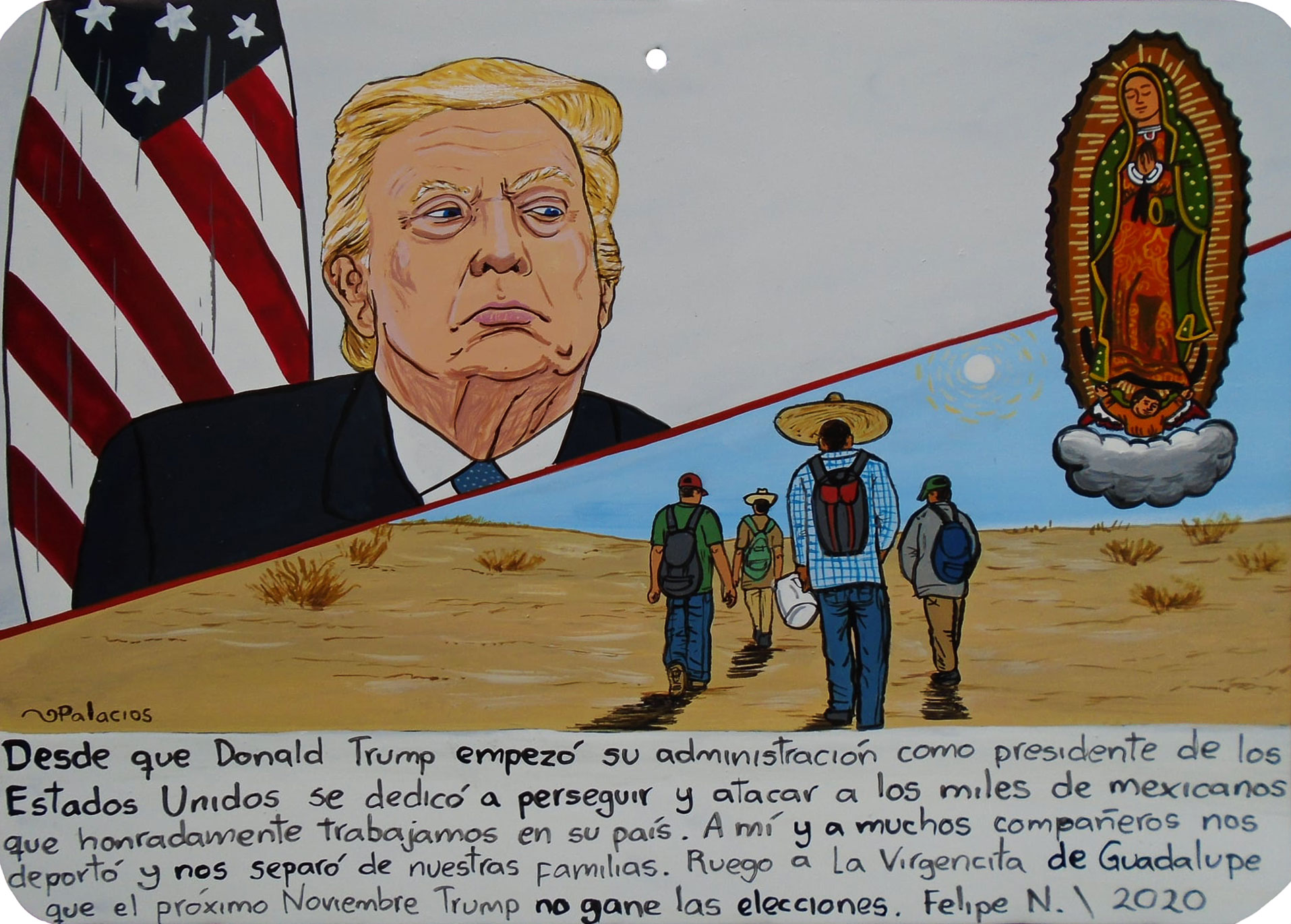 Since Donald Trump began his term as the president of the United States, he dedicate himself to persecuting and attacking thousands of Mexicans—us who honestly work in his country. He deported me and my companions separating us from our families. I beg the Virgin of Guadalupe that Trump wouldn’t win the next election in November.

— tagged with Virgin of Guadalupe and Donald Trump and deportation, election, immigrants, presidents — # 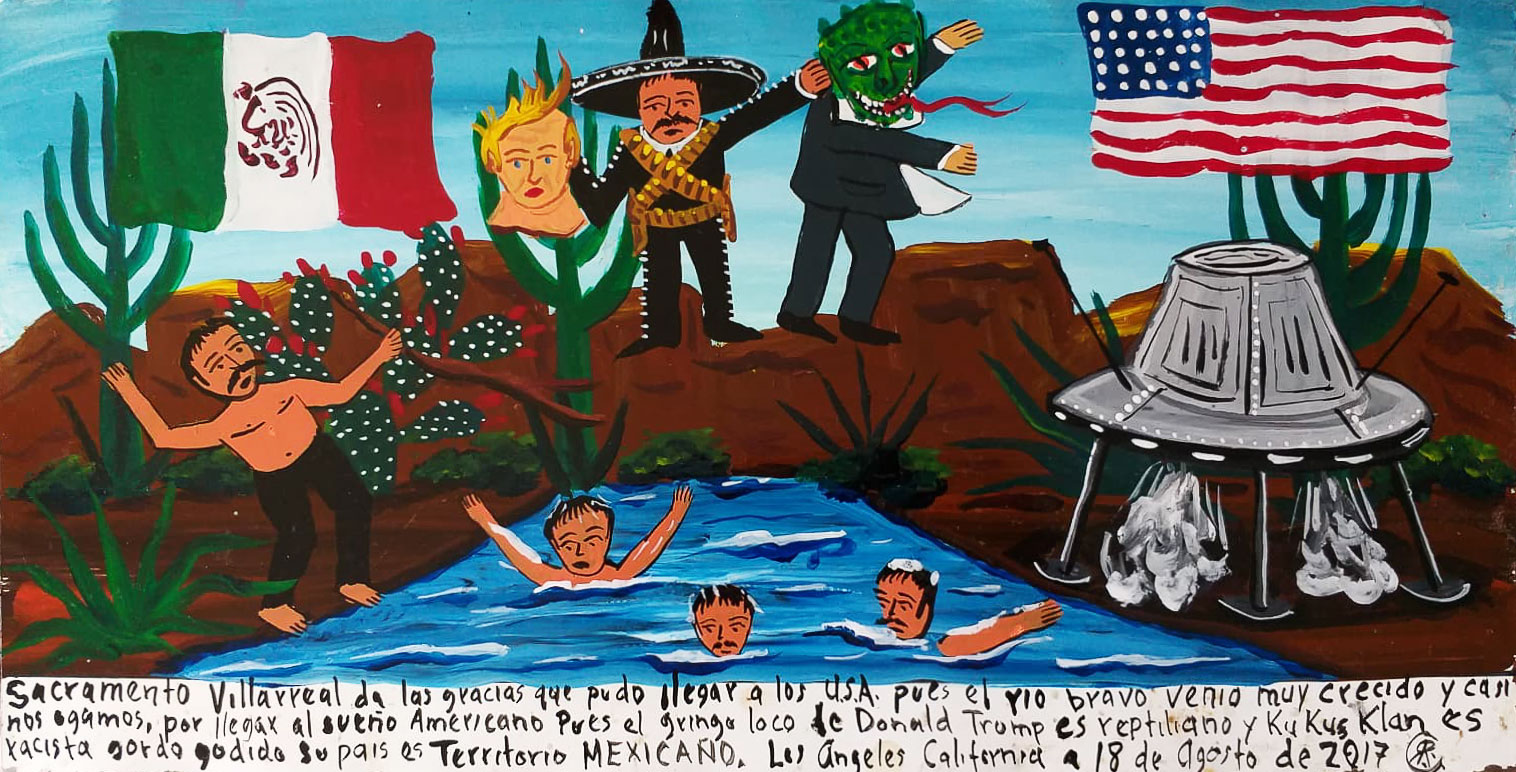 Sacramento Villareal gives thanks because he managed to arrive to the USA. Rio Bravo was very wide and we almost drown in getting to the American dream. Although the crazy gringo Donald Trump is a reptilian and a Ku Klux Klan member, is a fucking fat racist, his country is Mexican territory. 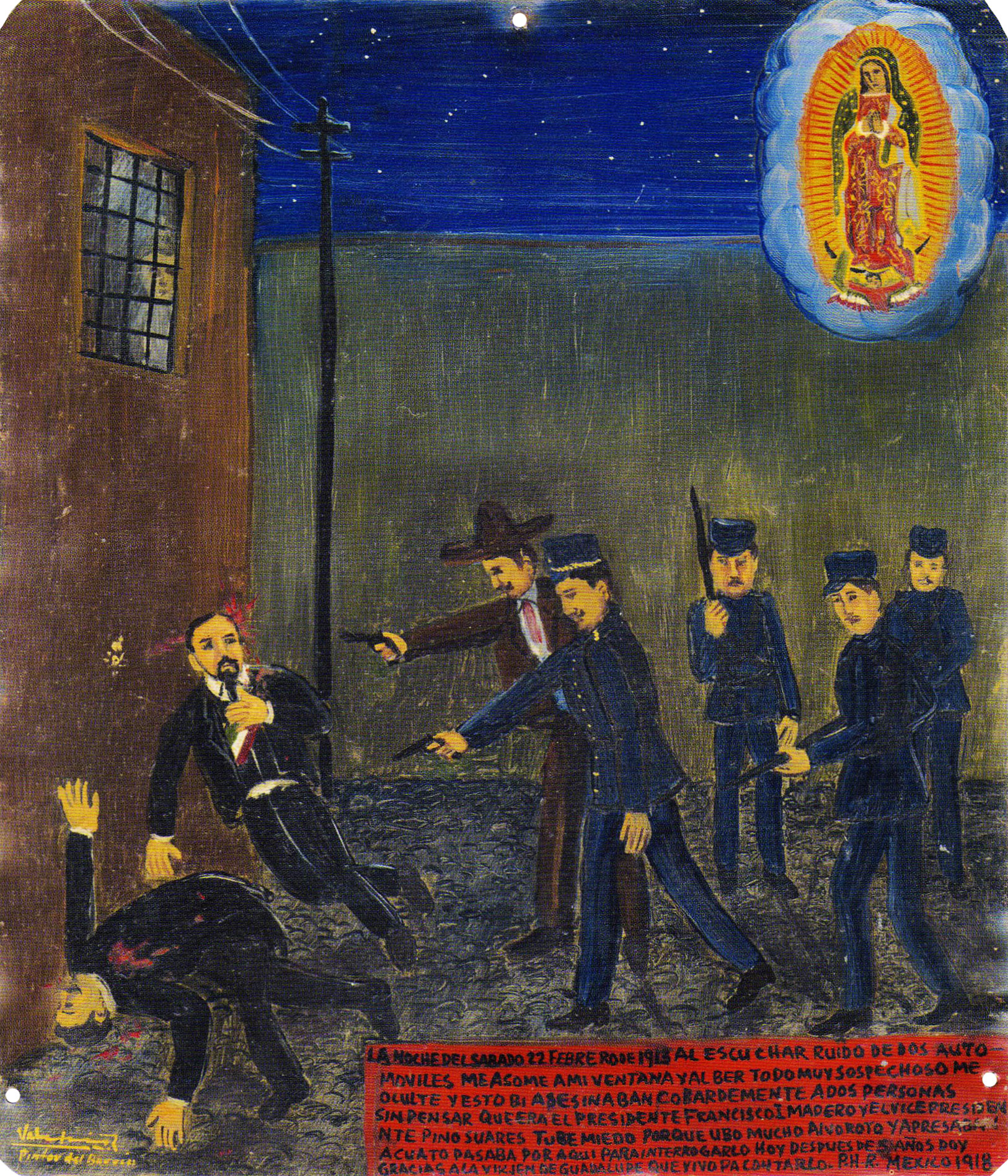 The night of February 22, 1913, I looked out the window after hearing the noise made by two cars. Everything looked very suspicious so I kept watching. I saw two men cowardly murdered. I didn’t know then that it was the president Francisco I. Madero and the vice-president Pino Suarez. I was scared because there was a big commotion and everyone who passed was arrested for interrogation. Today, after 5 years, I thank the Virgin of Guadalupe because I’m alive to tell about it. 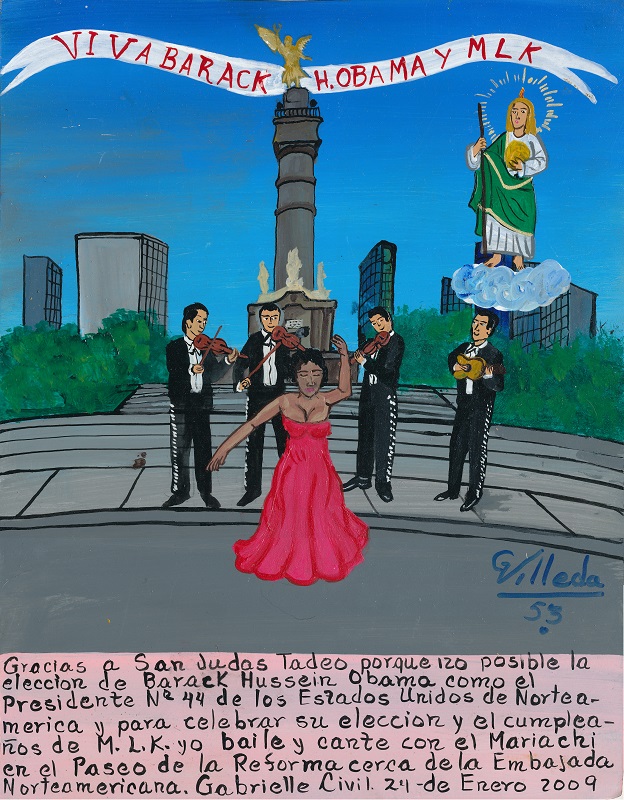 Thanks to Saint Jude Thaddeus because he made possible the election of Barack Hussein Obama as the 44th President of North-American United States. To celebrate his election and the MLK birthday, I dance and sing with mariachi at the Paseo de la Reforma near the American embassy. 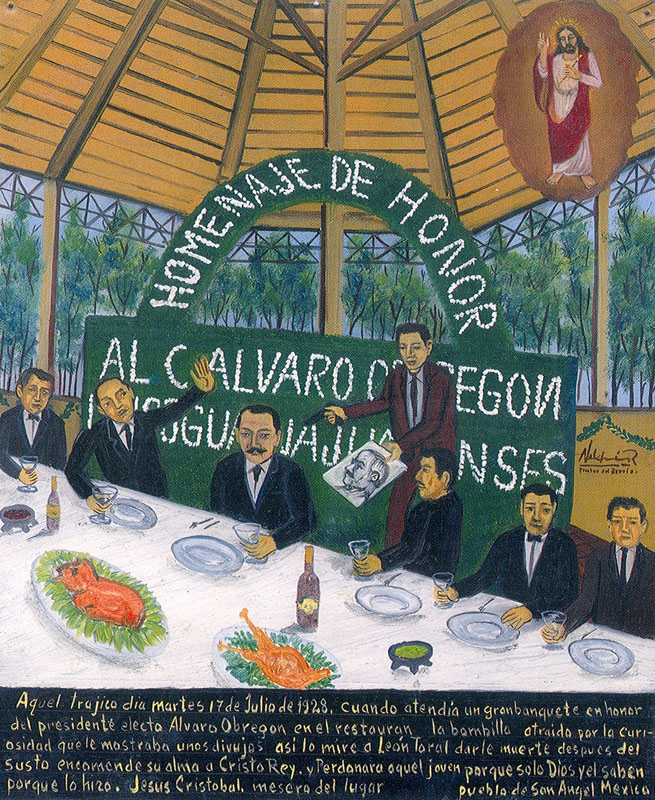 That tragic day—Tuesday, July 17, 1928—when I was attending a big banquet in “La Bombilla” restaurant honoring the elected president Alvaro Obregon who, being curious about some drawings shown to him, look at them, and Leon Toral killed him. After the shock, I entrusted his life to Christ the King, and he will forgive that young man because only God and he himself know why he did it. 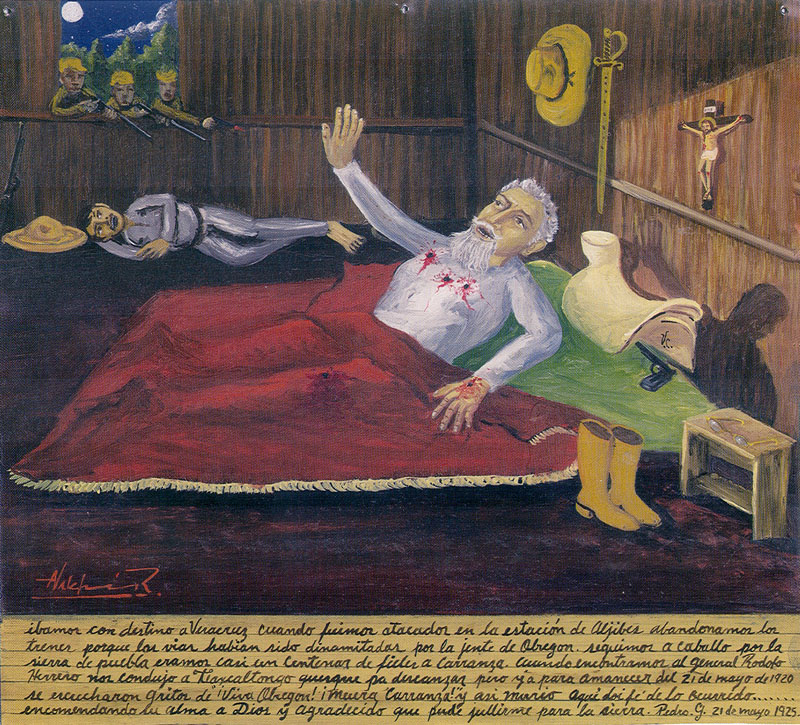 We were going to Veracruz when we were attacked at the Aljibes station. We abandoned the trains because the railroads were mined by the people of Obregon. We continued our way riding horses brought the sierra of Puebla. There were almost a hundred of us, loyal to Carranza. When we met general Rodolfo Herrera he led us to Tlaxcalantongo so we could rest. But at the dawn we heard screams “Viva Obregon! Death to Carranza!” and there he died. I testify to what happened. I entrusted his soul to God and I thank for I could escape through the sierra. 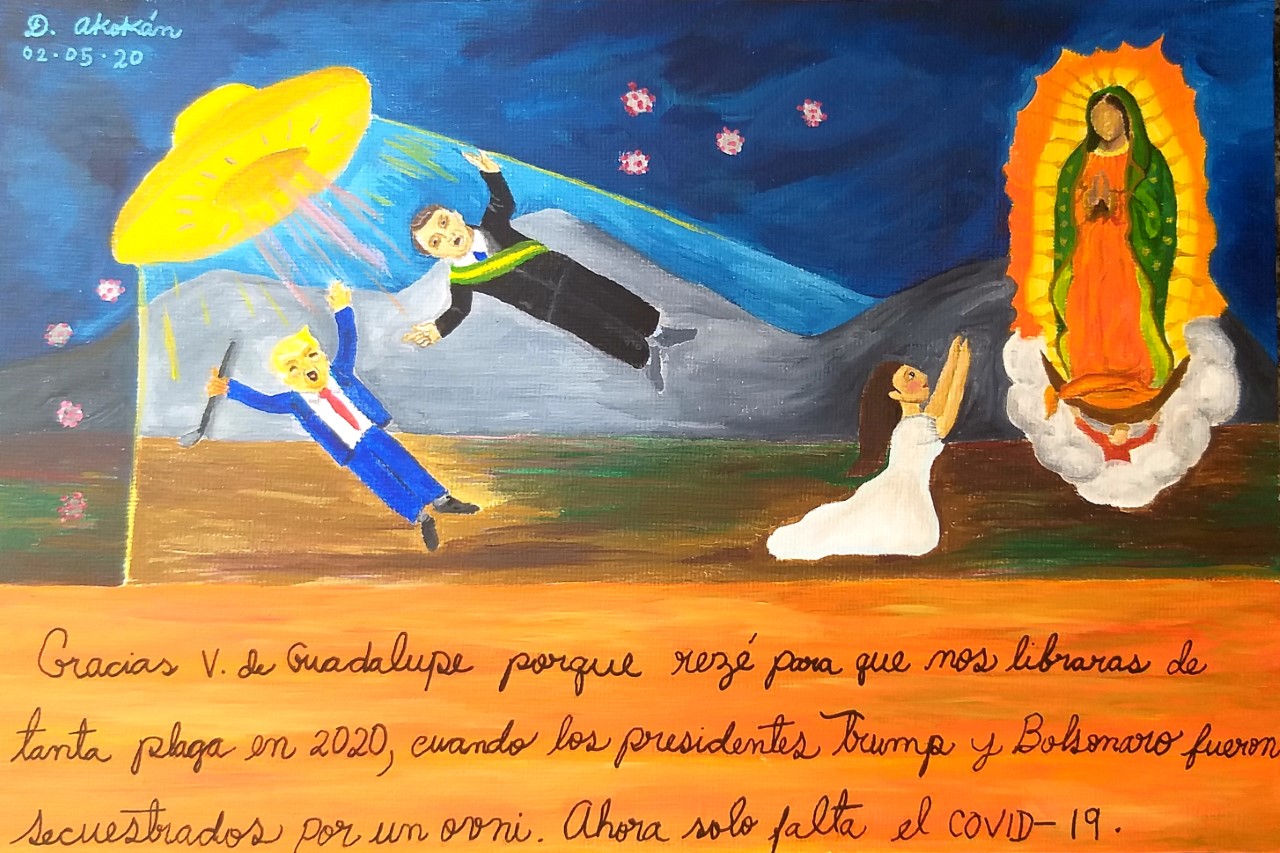 Thank you, Virgin of Guadalupe, because I prayed to you so you could liberate us from all the plagues in 2020, and the presidents Trump and Bolsonaro were abducted by an UFO. Now there is only COVID-19 left. 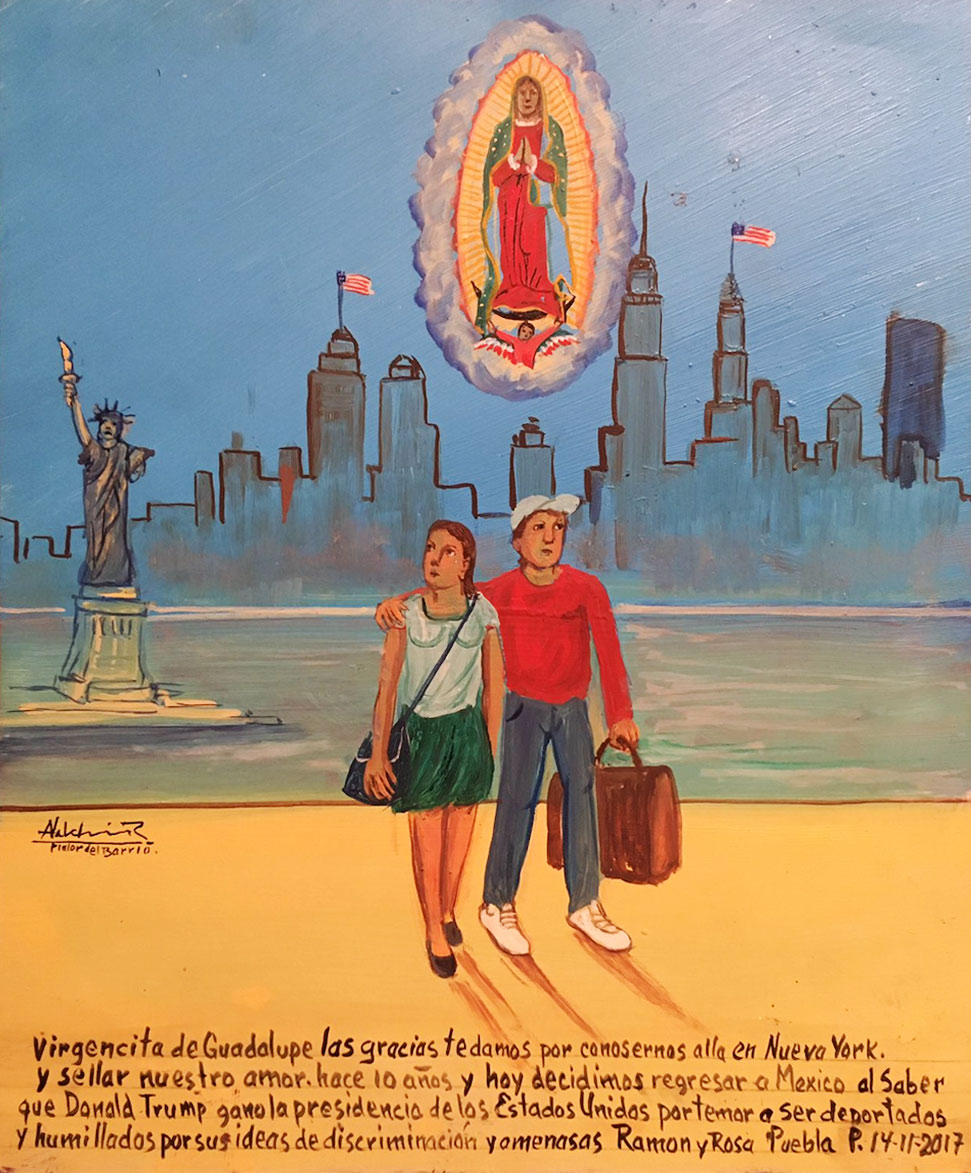 Virgin of Guadalupe, we thank you for we met each other 10 years ago in New York and made our love official. But today, after knowing about Donald Trump winning the US presidency, we decided to return to Mexico in fear of being deported and humiliated by his threatening and discriminatory ideas. 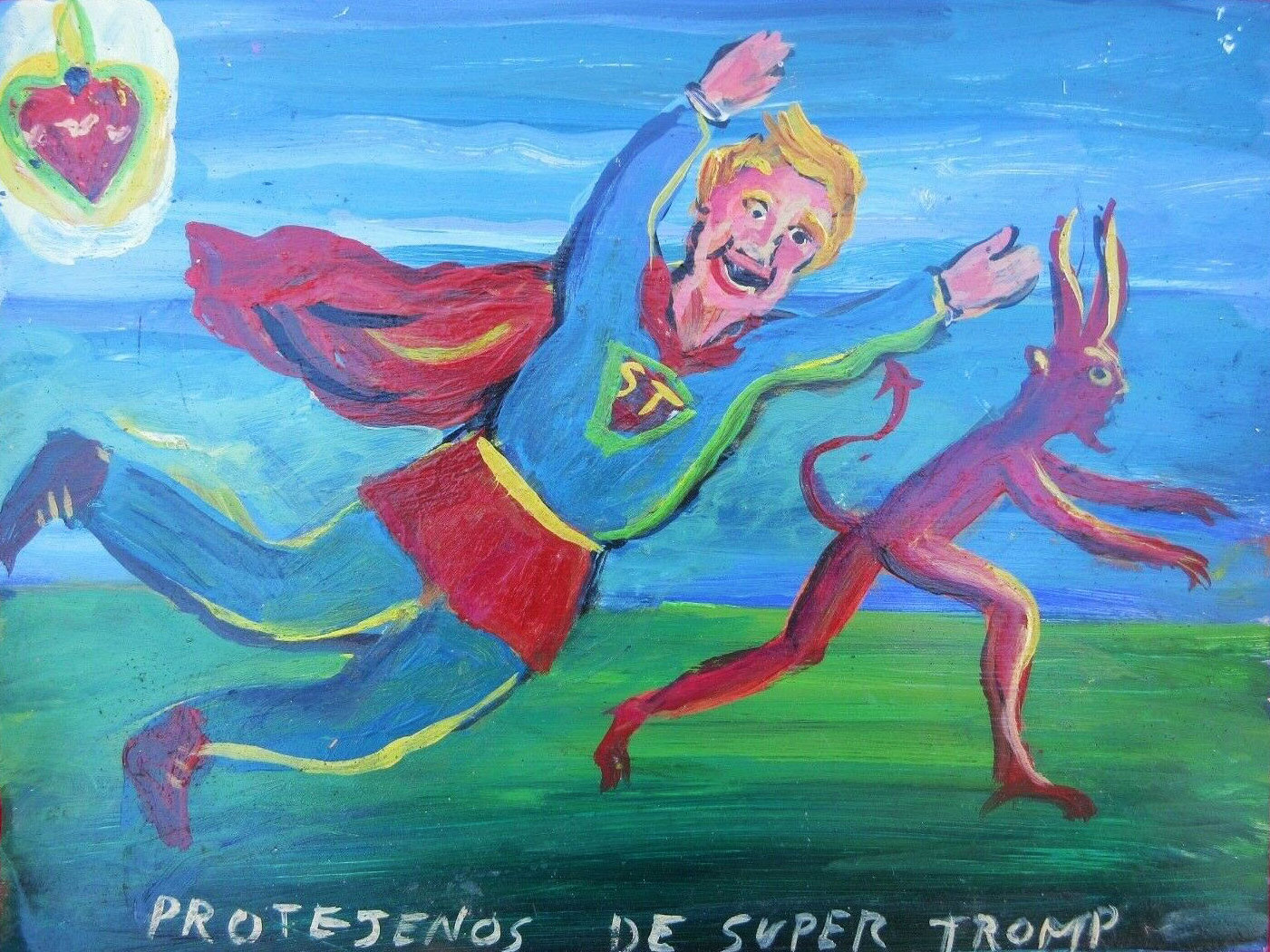 Protect us from Super Trump. 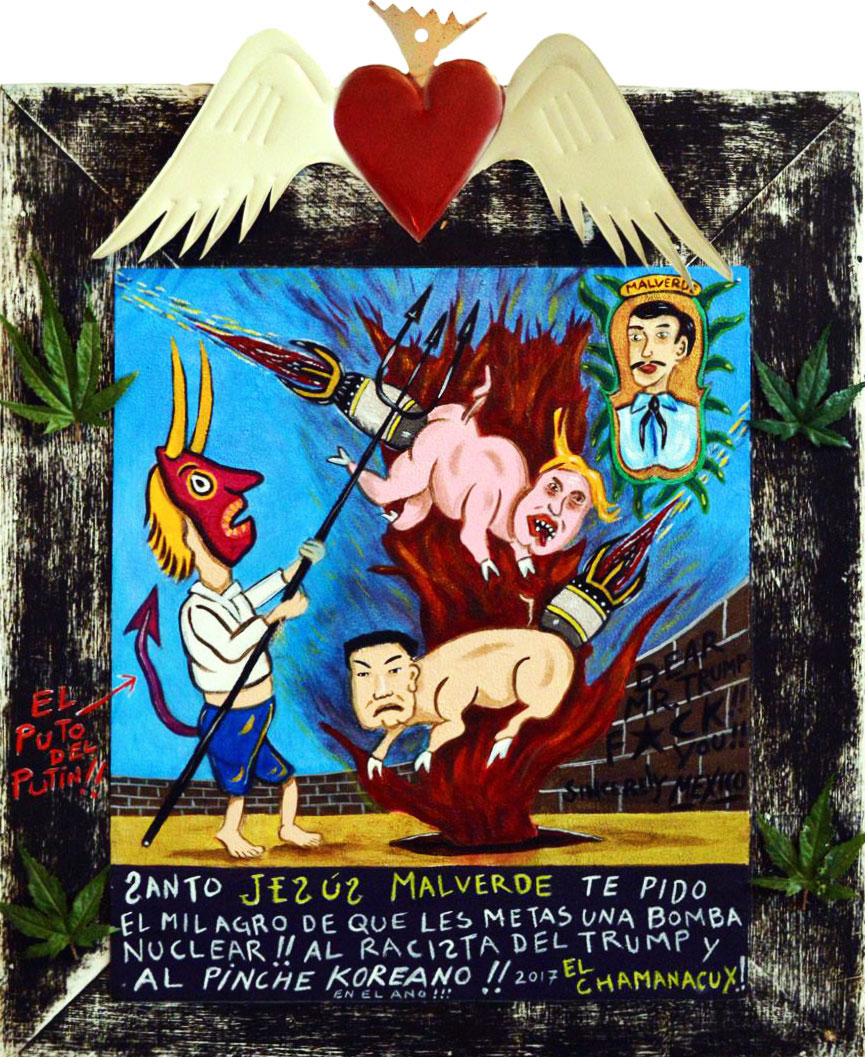 Saint Jesus Malverde, I beg you for the miracle to put a nuclear bomb to the racist Trump and that fucking korean guy! in their asses!!

Red arrow: The son of a bitch Putin!! 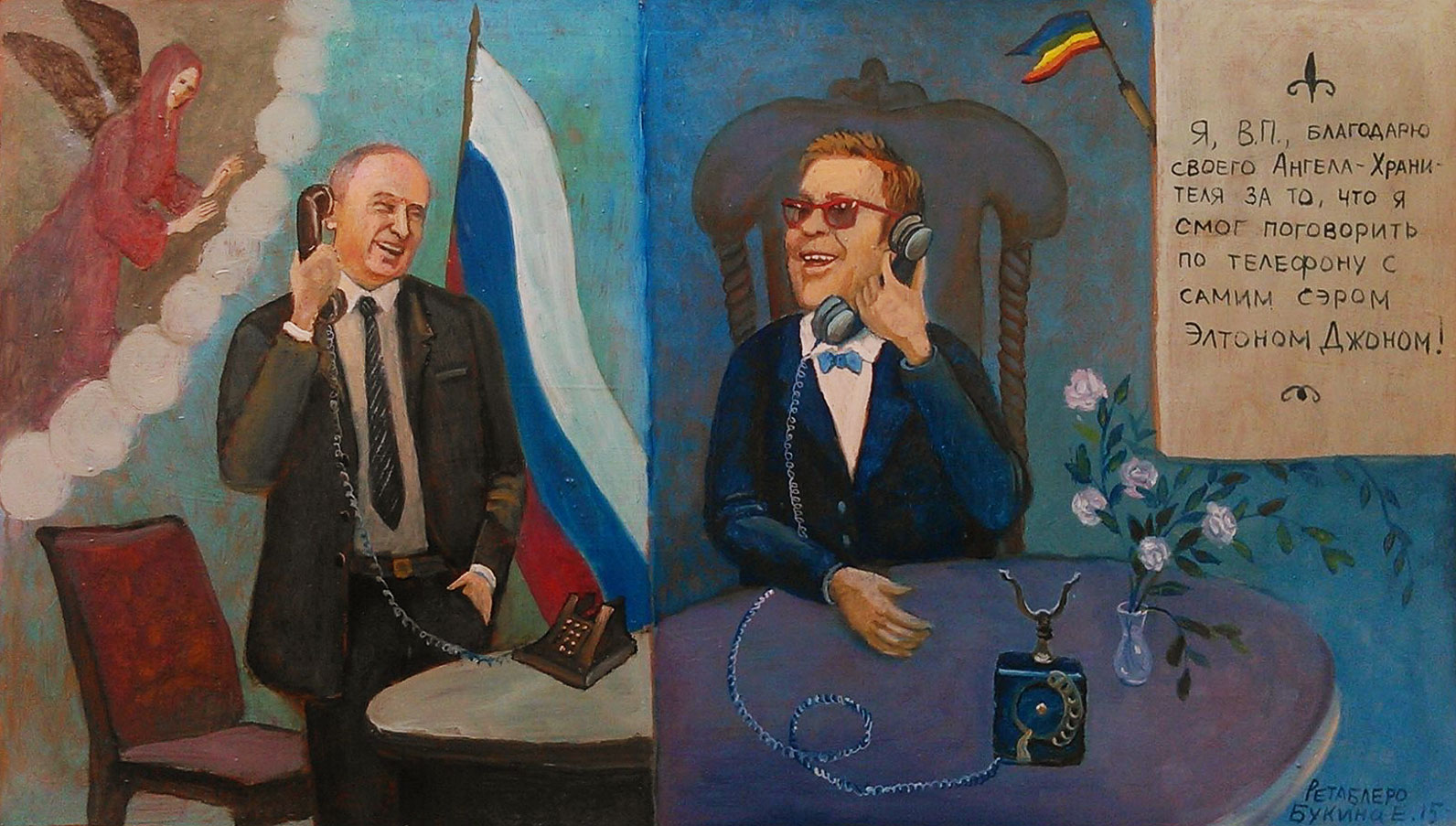 I, V. P., thank my guardian angel because I have talked on the phone with the sir Elton John himself! 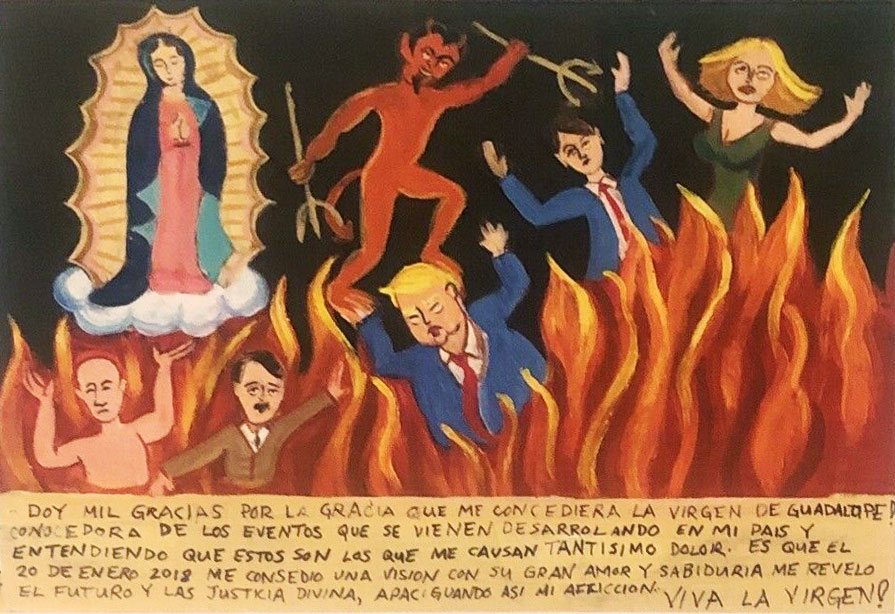 I give many thanks for the grace granted me by the Virgin of Guadalupe! Being knowledgeable about the events that are taking place in my country and knowing that the are causing me great pain, January 20, 2018, she, with her great love and wisdom, gave me a vision about the future and divine justice, soothing my sorrows. Viva the Virgin!